SEOUL, March 4 (Yonhap) -- South Korea's economy grew slightly faster than expected in the fourth quarter of 2020, although this had no effect on the overall economic contraction for last year amid the coronavirus pandemic, central bank data showed Thursday.

The nation's economy expanded 1.2 percent in the fourth quarter from three months earlier, 0.1 percentage point higher than what has expected, according to preliminary data from the Bank of Korea (BOK).

The BOK has expected South Korea's economy to stage a modest recovery, supported by exports and investment, but its job markets would recover at a slow pace as the pandemic continues to hit the service sector.

South Korea's exports rose 9.5 percent in February from a year earlier to extend their gains for the fourth consecutive month on robust shipments of chips, autos and other key products. 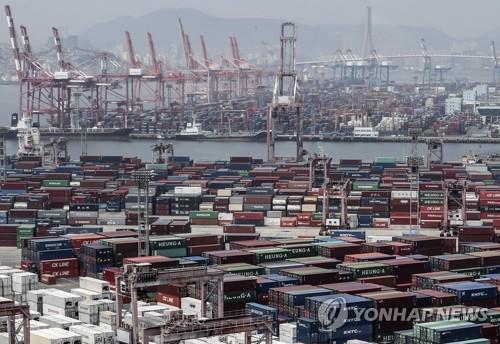 "On the production side, manufacturing rose by 3.0 percent, mainly due to increases in chemical products and electrical equipment," the BOK said in a statement.

"Real GNI fell by 0.3 percent as the terms of trade improved, although real net factor income from the rest of the world decreased," the BOK said.

The BOK predicted that South Korea's economy would grow 3 percent this year.

The GDP deflator, a gauge of inflation, rose 2.4 percent on-year in the fourth quarter of last year, accelerating from a 2 percent gain three months earlier.