Prime Minister Chung Sye-kyun said the interagency team would examine all recent land transactions by officials at the land ministry and Korea Land and Housing Corp. (LH) in areas chosen by the government for the latest massive land redevelopment project.

At a press briefing, he said the team plans to complete the inspection "by next week."

It will also conduct a swift probe into whether civil servants with other relevant authorities, including local governments of Incheon and Gyeonggi Province, as well as staffers working at affiliated development institutions, are involved in such activities deemed unethical. 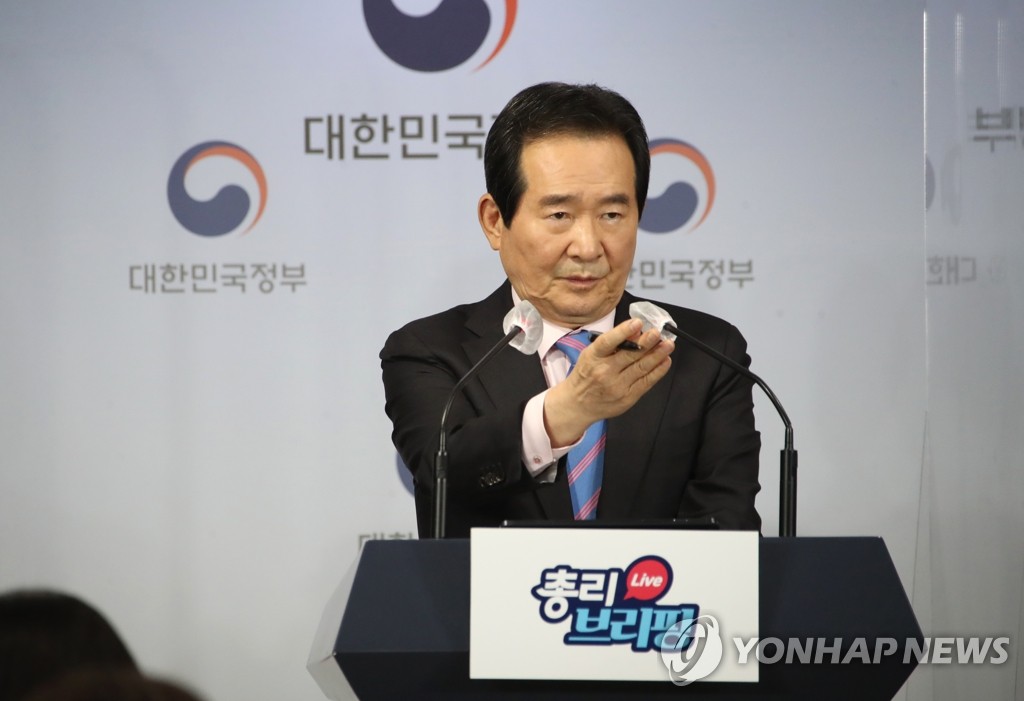 The prime minister offered a public apology over the issue that has sparked outcry at a time when housing prices nationwide continue to surge despite the government's efforts to stabilize the market.

"It can never be tolerated for employees at public organizations, which should be dedicated to the residential stabilization of low-to middle-income people, to betray public trust with such an inappropriate act," he said.

Earlier in the day, President Moon Jae-in ordered the government to confirm if the LH scandal is attributable to "deep-rooted corruption."

If so, the government should "eradicate" the problem, the president was quoted by Cheong Wa Dae spokesman Kang Min-seok as saying.

Moon emphasized the need for the government to conduct a speedy and thorough probe, while the Board of Audit and Inspection can take action as well at its own discretion. 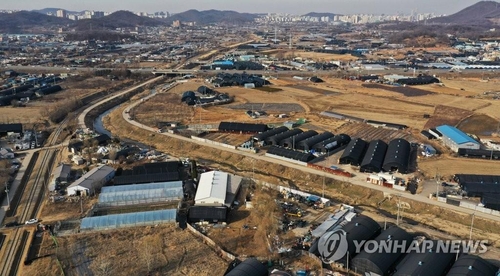 Citing an unspecified tip-off, the People's Solidarity for Participatory Democracy and Minbyun, an association of progressive lawyers, claimed Tuesday that more than a dozen LH employees have speculated in the Gwangmyeong-Siheung region located just southwest of Seoul. Last month, the land ministry announced a scheme to create large apartment compounds there under a new policy of expanding housing supply in addition to tighter mortgage controls and heavier property taxes.

The employees are accused of buying around 23,000 square meters of farmland for about 10 billion won (US$8.88 million) from April 2018 to June 2020, using possibly classified information.

LH soon said 12 employees have been suspended from duty in connection with the allegations.

In 2018 and 2019, the government picked five other regions in Incheon and Gyeonggi Province for the nation's latest new town construction program around Seoul, the third since the late 1980s.

Moon has called for the expansion of investigation into land transactions in all the six areas designated for the so-called Season Three new city project.