"I am offering to resign as of today," Yoon said at a brief press conference held in front of the Supreme Prosecutors Office in Seoul.

"The spirits of the Constitution and the system of rule of law are crumbling. And it will cause damage to people. It is hard to watch common sense and justice collapsing," he said, adding that he has done everything he could do in his capacity as prosecutor general.

Yoon's resignation came only four months before the end of his two-year tenure, which is guaranteed by law, unlike Cabinet ministers. He was appointed by Moon to the post in July 2019.

The move also came two days after he told a local newspaper that he would "stake my position 100 times if I could stop (the creation of the new agency)."

In recent days, he vehemently protested against the move by the ruling Democratic Party (DP) to set up a new agency under the Ministry of Justice to take away the prosecution's investigative authority over six serious crimes, including corruption and economic crime cases.

Since the National Assembly passed a series of revision bills last year to adjust investigative authority to give more power to police, the investigative scope of the prosecution has been narrowed to those six crimes. 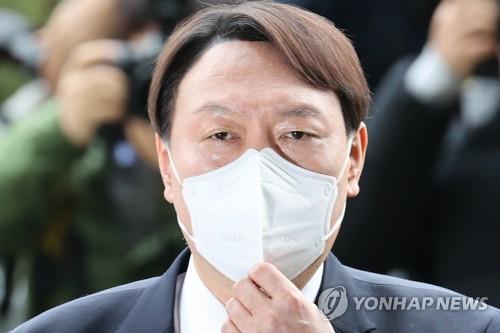 On Wednesday, he lambasted the move as violating "the spirits of the Constitution" and amounting to "a failure of a nation and the government to fulfill the Constitutional duty."

He stressed the importance of prosecutors having powers both to investigate and pursue prosecution. Otherwise, it would make it extremely hard to close a case and achieve justice, which will, he said, work against the best interest of the public.

The party's new initiative is in line with its core agenda to further reduce the power of the nation's prosecution service, which is considered to wield too much power with the authority to investigate crimes and the exclusive right to decide who to indict. 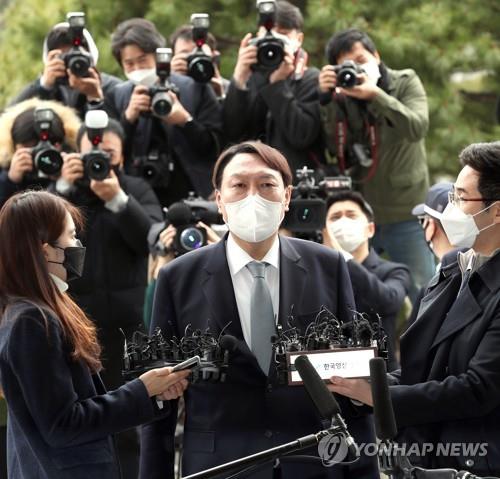 That the nation's top prosecutor is offering to quit over a still fledging idea demonstrates how strongly the members of the prosecution are going to push back against the plan to separate the authority to investigate and prosecute going forward.

His departure is also likely to send shock waves in the country's politics. Although he never publicly expressed his interest in politics, he has shown up strong in opinion polls as a potential presidential hopeful.

During the briefing Thursday, he did not mention whether he will seek new roles in politics, but he said, "I will do my best to safeguard free democracy and to protect the people."

Yoon has had rough relations with the Moon government over a series of sensitive issues and investigations.

The top prosecutor was reinstated in December after a court granted an injunction against his suspension by former Justice Minister Choo Mi-ae amid feuds over prosecution reforms and politically sensitive probes, ending a monthslong public display of discord.

Earlier in that month, the ministry suspended Yoon from duty for two months, citing four counts of alleged misconduct, including the surveillance of judges hearing cases involving former Justice Minister Cho Kuk, a close aide to President Moon, and some presidential officials.

The prime minister said he would, nonetheless, do his best to work with the justice ministry to continue to reform the prosecution.

"The government is doing its best to safeguard the Constitutional values and democracy," he also said, countering Yoon's criticism that "the spirits of the Constitution and the system of rule of law are crumbling." 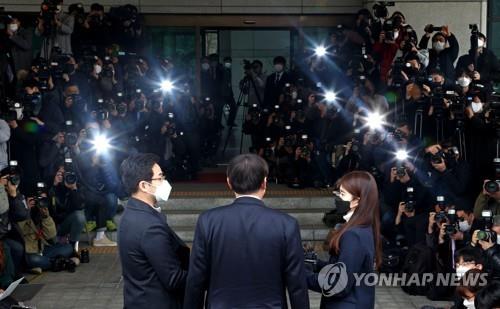 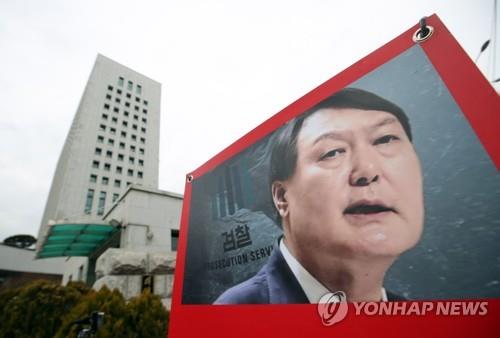 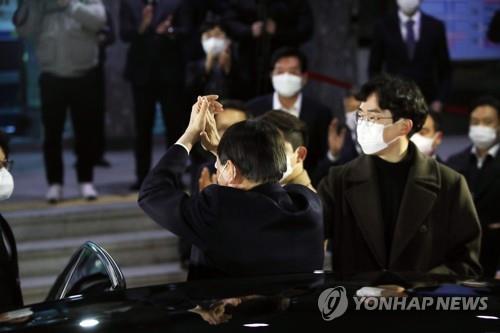