A 52-year-old patient at a long-term care hospital in Jeonju, 243 kilometers south of Seoul, died early Thursday morning, nearly two days after being vaccinated, according to North Jeolla Province officials. 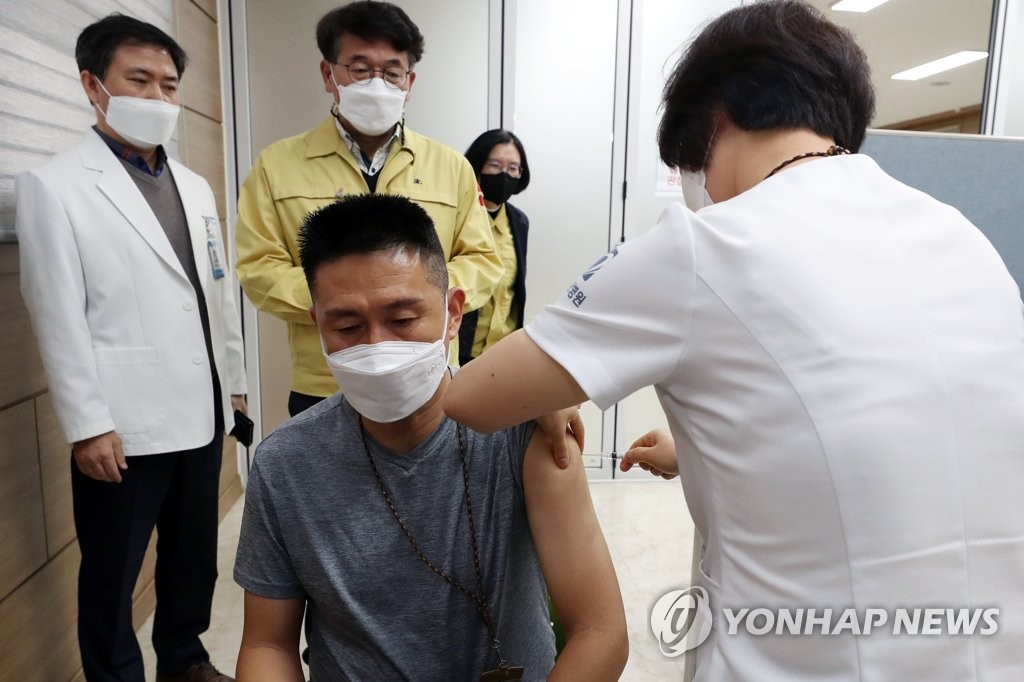 The patient had a cardio-cerebrovascular disease and suffered a brain hemorrhage in June.

The second patient, aged 58, died at a long-term care hospital in nearby Buan also early Thursday, less than a day after receiving the vaccine, according to the officials.

The patient's preexisting conditions included a myocardial infarction and diabetes.

"Neither of them showed adverse reactions to the vaccination," a provincial health official said, noting that health authorities will meet with four infectious disease experts in the afternoon to determine any correlation between the deaths and the vaccine.

"For now, it appears unlikely that the deaths were caused by the vaccination," the official added.

In the central city of Daejeon, 164 km south of Seoul, a woman in her 20s died early Thursday after receiving the jab on Tuesday.

The woman was also a patient at a long-term care hospital.

The news follows reports of two deaths on Wednesday, the first since South Korea began a nationwide COVID-19 vaccination program on Friday.

The two men were residents of separate long-term care facilities in Goyang and Pyeongtaek, Gyeonggi Province.

Health authorities have vowed to look closely into the deaths to determine any connection between them and the vaccine, but maintained that no correlation has been found in similar cases worldwide.