WASHINGTON, March 4 (Yonhap) -- U.S. Secretary of Defense Lloyd Austin on Thursday included North Korea in only a handful of countries that pose threats to the United States and its allies.

It marked the first time the U.S. defense chief addressed the North Korean issue since taking office in late January.

"Even as we address accelerating competition by China, we will ensure that we remain fully ready to respond to and effectively deter nation-state threats emanating from Russia, Iran, and North Korea," Austin said in a message to U.S. forces, released by his department.

"We will continue to maintain credible deterrence against advanced threats, and we will right-size our missions around the world in a transparent and principled manner," he added. 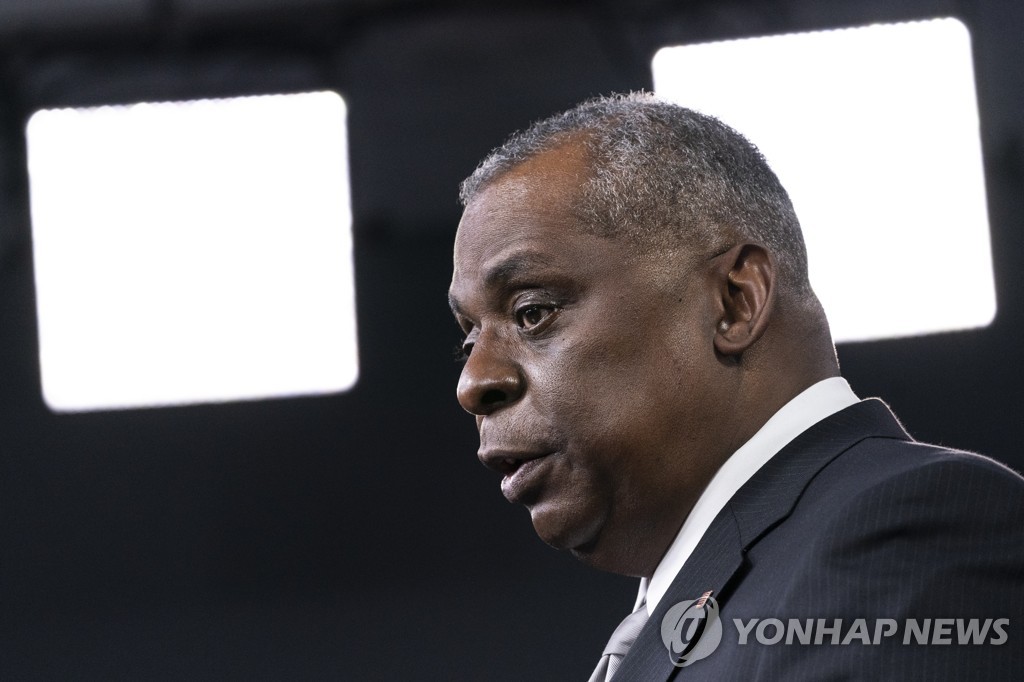 The remarks come amid an ongoing review of U.S. global defense posture that will determine in which parts of the world the country may require an increased military presence or less.

North Korea continues to keep a low profile, despite earlier predictions from U.S. officials and experts that it will likely stage a military provocation to grab the attention of President Joe Biden, who took office on Jan. 20.

While many believe the reason for Pyongyang's silent behavior may largely be attributed to the global pandemic, the country has also maintained a self-imposed moratorium on nuclear and long-range missile testing since late 2017.

Still, U.S. officials, including the commander of the U.S. Indo-Pacific Command, have noted the North continues to develop its nuclear and missile capabilities.

"Despite the relatively calm period over the past year or so, North Korea continues to develop its ballistic missile capability and can start a provocation cycle at any moment if KJU believed that North Korea would benefit," said Adm. Phil Davidson said on Wednesday, referring to North Korean leader Kim Jong-un.

"As the Secretary of Defense, I am committed to ensuring that the Department develops the right people, priorities, and purpose of mission to continue to defend our Nation from enemies foreign and domestic," the defense secretary said in his message to the forces.

"We will do so in a way that is based on a sober assessment of our strategic needs and recognize the importance of building and sustaining a strong workforce and unity within our Department, across the Nation and with our allies and partners around the world," he added.