The value of online transactions stood at 15.1 trillion won (US$13.3 billion) in January, up 22.4 percent from a year earlier, according to the data from Statistics Korea.

The value of online shopping in January slightly declined from a record high of 15.9 trillion won in December last year but still was the second-largest ever. 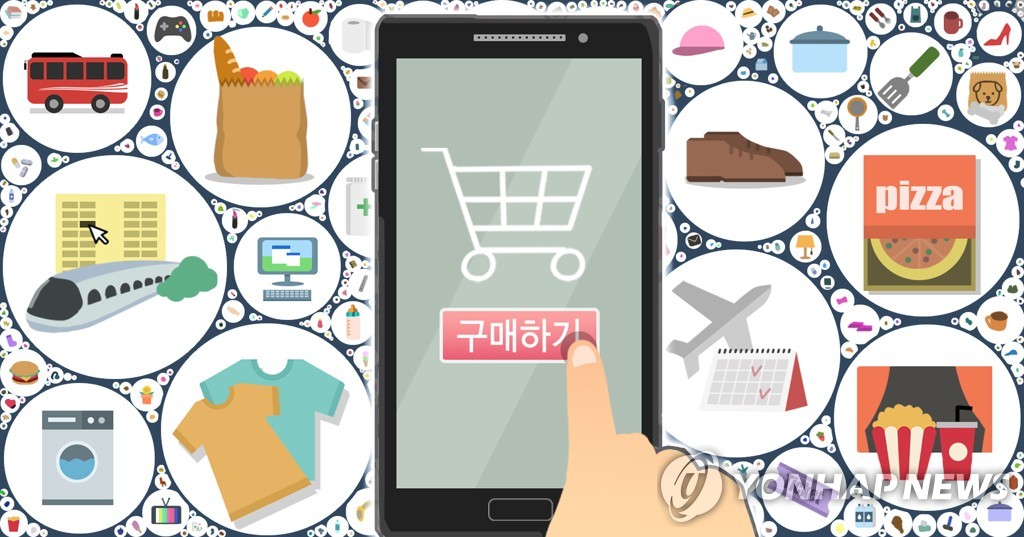 The use of online shopping sharply has gathered pace since last year as people refrained from visiting stores amid the COVID-19 pandemic.

Purchases made through smartphones, tablets and other mobile devices rose 29.2 percent on-year to 10.6 trillion won in January. Mobile shopping accounted for 70.5 percent of the total value of online shopping.

In January, online purchases of foodstuffs, food delivery services, electronics and household items continued to remain firm on the back of demand by stay-at-home consumers, the statistics agency said.

Online transactions of food delivery services jumped 90.3 percent on-year to 961 billion won, and those of food and beverages advanced 53.1 percent to 753.1 billion won.

Online purchases of electronics and telecommunication products rose 65.3 percent to 740 billion won, and those of household goods gained 34.4 percent to 334 billion won.

But the use of travel-related services and cultural and leisure services continued to post an on-year fall in January as face-to-face service sectors were hit hard by the pandemic.

Online purchases of travel and transportation services tumbled 68.2 percent on-year to 1.1 trillion won, and those of cultural and leisure services plunged 79.6 percent to 130 billion won, the data showed.

Online shopping grows over 20 pct in Jan. amid pandemic

Online shopping grows over 20 pct in Jan. amid pandemic