While some music has since been restored under artists' separate labels, Spotify Technology SA and Kakao M, now known as Kakao Entertainment Corp., said discussions for a new deal are ongoing.

The South Korean company's music has been available for Spotify's global listeners since 2016. But the two companies failed to come to terms for a renewal despite continued talks, according to an industry official.

Online K-pop forums and social media have been abuzz about the move, with artists, such as Epik High's Tablo, voicing complaints over the removal.

"Why is it always the artists and the fans that suffer when businesses place greed over art?" the hip hop artist tweeted earlier this week. 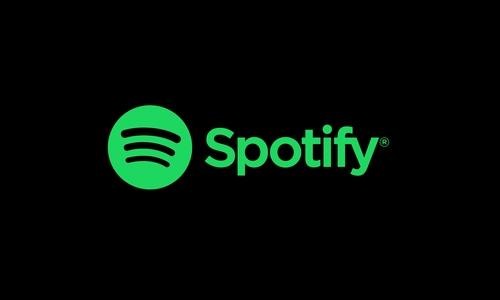 The conflict is the latest development since Spotify's turbulent landing in South Korea -- the sixth largest music market in the world -- early last month.

Spotify landed in the country without securing a licensing agreement for the local market with then Kakao M, which holds 37.5 percent of the songs on the top 400 Gaon Music Chart of the Korea Music Content Association.

The South Korean company has pointed the finger at Spotify for the recent removal of songs, saying the streaming giant simultaneously pursued deals for both the global and South Korean markets.

Spotify said in a statement that it has tried to renew the global deal for a year and a half.

"It is our hope that this disruption will be temporary and we can resolve the situation soon," the company said in a statement. "We remain committed to working with local rights holders including Kakao M, to help grow the Korean music market and overall streaming ecosystem together."

Talks for the local deal are also currently under way, according to company officials. 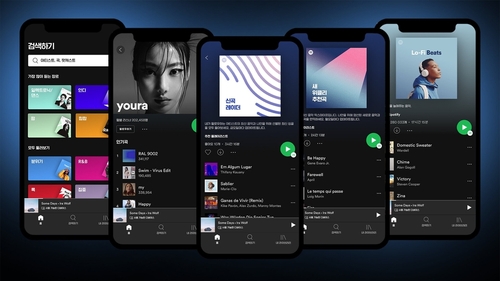 Experts say the tussle over the licensing deal emerged as K-pop expanded its presence in the global music market.

Spotify has been operating K-pop playlists since 2014 and the company said that the share of K-pop listening on its platform jumped by more than 2,000 percent, with total streaming time reaching 180 billion minutes.

Melon holds a tight grip over the country's music streaming market with nearly nine million monthly active users. But its user base pales to Spotify's over 345 million global listeners.

The music distributor has snubbed global music giant Apple Music in the past, with the U.S. tech giant failing to secure many local titles when it launched in South Korea in 2016 and has since struggled to gain a significant market presence.

Kakao Entertainment currently has a licensing deal with Apple Music for markets outside of South Korea, according to a company official.

The conflict also comes as Kakao is aiming for its entertainment business to enter overseas markets.

On Thursday, the local tech giant launched Kakao Entertainment Corp. by merging Kakao M and webcomic unit Kakao Page with goals to take on the global entertainment market based on its trove of artists and original content.

As of now, Spotify faces growing pressure to clinch deals with Kakao M or risk losing its presence in South Korea and its global K-pop fans.

"The clash between the two companies was inevitable," Lee said. "It's now important to watch what precedent they will set."