SEOUL, March 5 (Yonhap) -- South Korea's health authorities on Friday unveiled a plan to revamp the country's COVID-19 social distancing rules, in an effort to impose fairer restrictions and give simpler messages on containment to the public.

The nation's current five-tier social distancing rules have faced growing criticism as they strictly ban specific businesses of small merchants, while exposing loopholes in containment efforts on religious facilities, hospitals and companies that have been hit by mass outbreaks.

The new virus curbs will have four-tier social distancing rules and allow merchants, such as coffee shops, restaurants and movie theaters, to do business under their voluntary containment efforts.

Only some high-risk entertainment facilities such as nightclubs will be ordered to suspend their businesses if health authorities impose the highest level rules under the four-tier rules.

To stem the spread of the new coronavirus, South Korea extended the third-highest distancing rules, including a ban on private gatherings of five or people, through March 14.

The greater Seoul area, home to about half of the nation's 52 million population, is currently under Level 2, the third highest, and other regions are placed under Level 1.5. 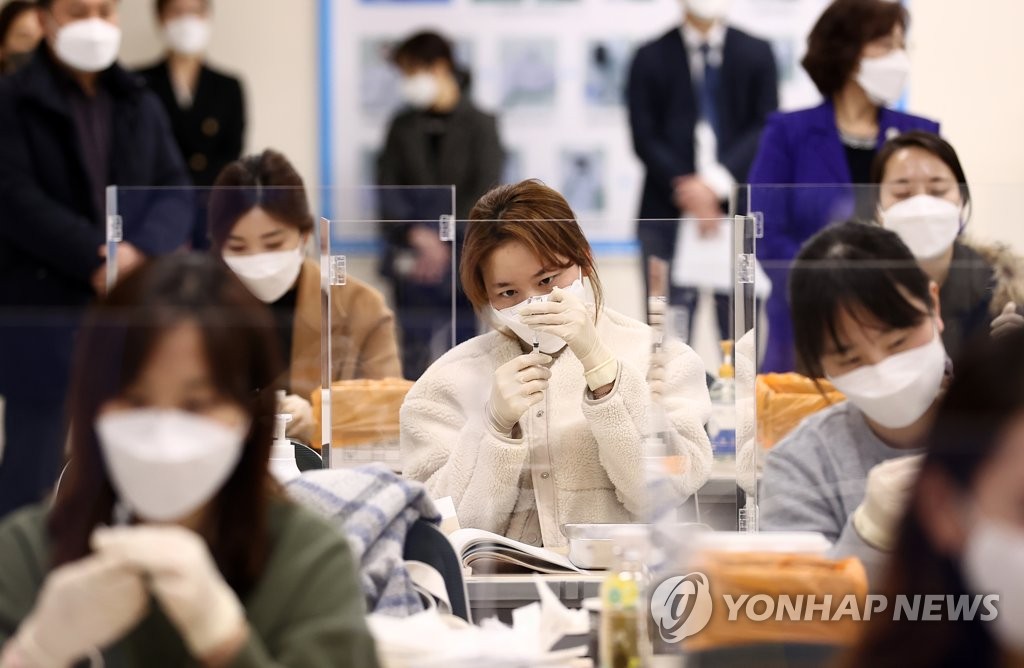 Sohn Young-rae, a senior health ministry official, said the revamped rules will be applied if the spread of the virus slows down and health authorities impose the revamped Level 1 distancing rules.

The four-tier rules will be implemented depending on the number of weekly average confirmed cases per 100,000 people.

South Korea has reported about 400 confirmed cases per day in recent days.

Under the revamped Level 1 rules, people will be required to follow standard containment efforts, including an advisory to space one meter apart.

The revamped Level 2 rules will ban private gatherings of more than eight people and require people to keep eight square meters apart at coffee shops, restaurants and other facilities.

The revamped Level 3 rules will ban private gatherings of more than 4 people and advise people to stay home.

The government will discuss the plan with relevant authorities and confirm a final plan within this month.