SEOUL, March 7 (Yonhap) -- Even after stirring controversy with his refusal to wear a mask during an official function in South Korean baseball last year, NC Dinos' slugger Aaron Altherr remains opposed to covering his face during the coronavirus pandemic.

But he said he will still follow regulations set by the Korea Baseball Organization (KBO) on donning masks throughout the season.

"I don't agree with masks at all," Altherr said in a phone interview with Yonhap News Agency on Friday. "But at the same time, I will comply with the KBO regulations." 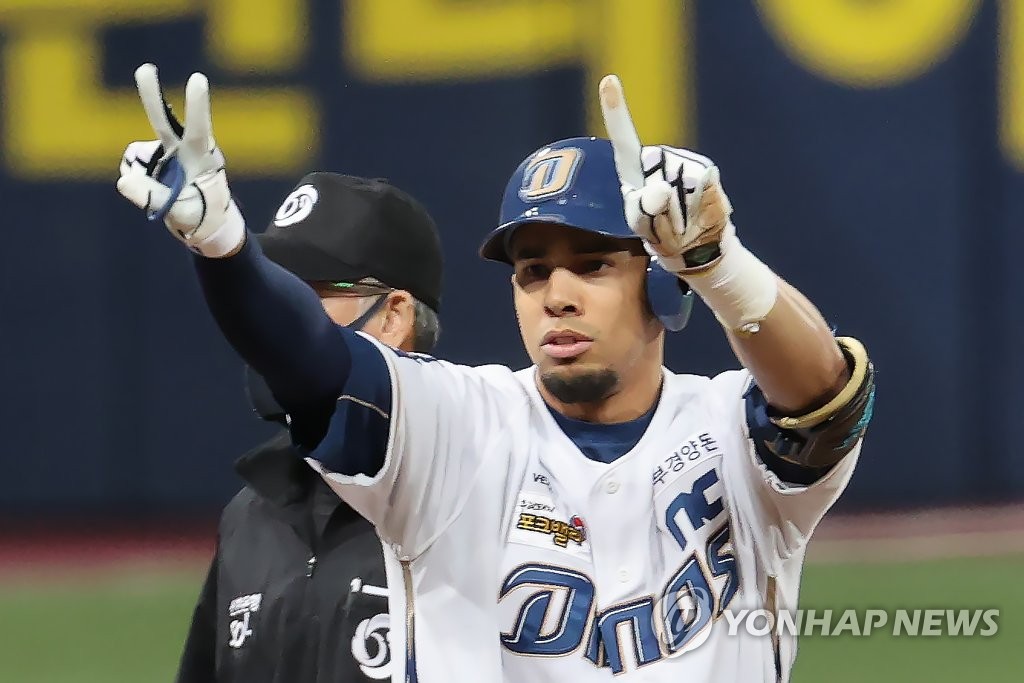 Altherr created some drama during last year's Korean Series. He was named the Player of the Game after helping the Dinos to a 5-3 victory over the Doosan Bears in Game 1 with a three-run homer. But he skipped the award ceremony and postgame press conference because he didn't want to wear a mask, as mandated by the KBO for all official events.

Altherr was fined 200,000 won (US$177) for his violation of the rule. He later apologized through the Dinos, who explained that Altherr would experience trouble breathing with his face covered.

But Altherr himself offered different reasons on Friday. 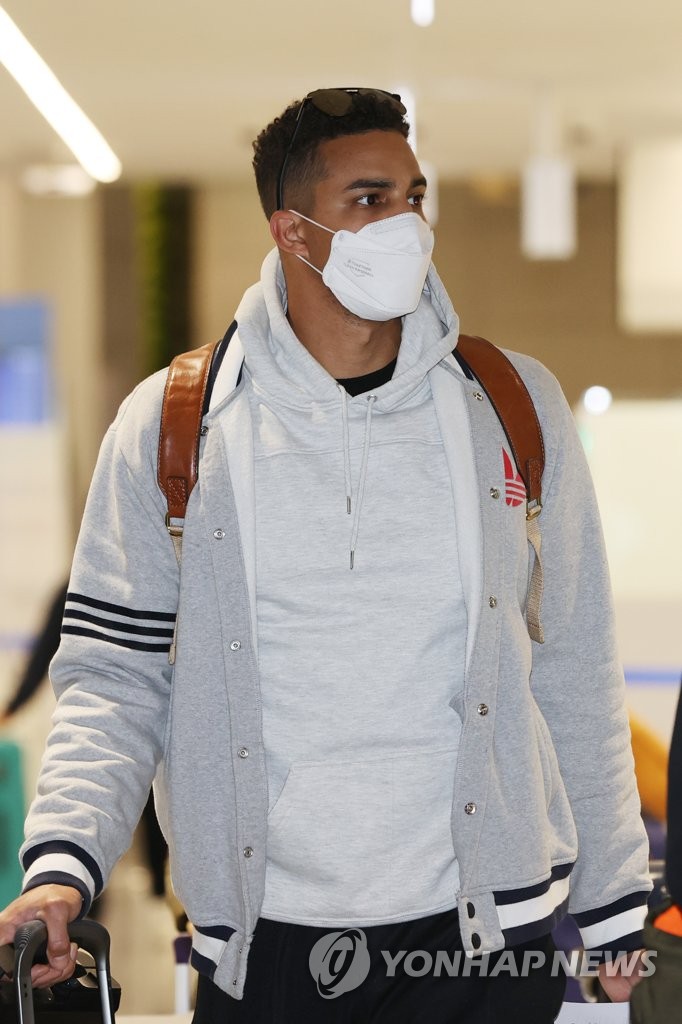 "A lot of studies show that (masks) don't help the situation with COVID-19 at all," Altherr said. "And not only political, but spiritual beliefs ... the mask represents compliance and silence, being silenced and not being able to speak your opinions. It represents being controlled by the government. There's a lot of stuff to it that I just don't agree with."

During spring training, all players and coaches are required to wear masks at all times, except when they're on the field for practices and games. The league is expected to come up with a new set of health and safety protocols for the regular season, though the mask-wearing rules likely won't change. A KBO official said some teams have called for more stringent measures and tougher penalties for violations. 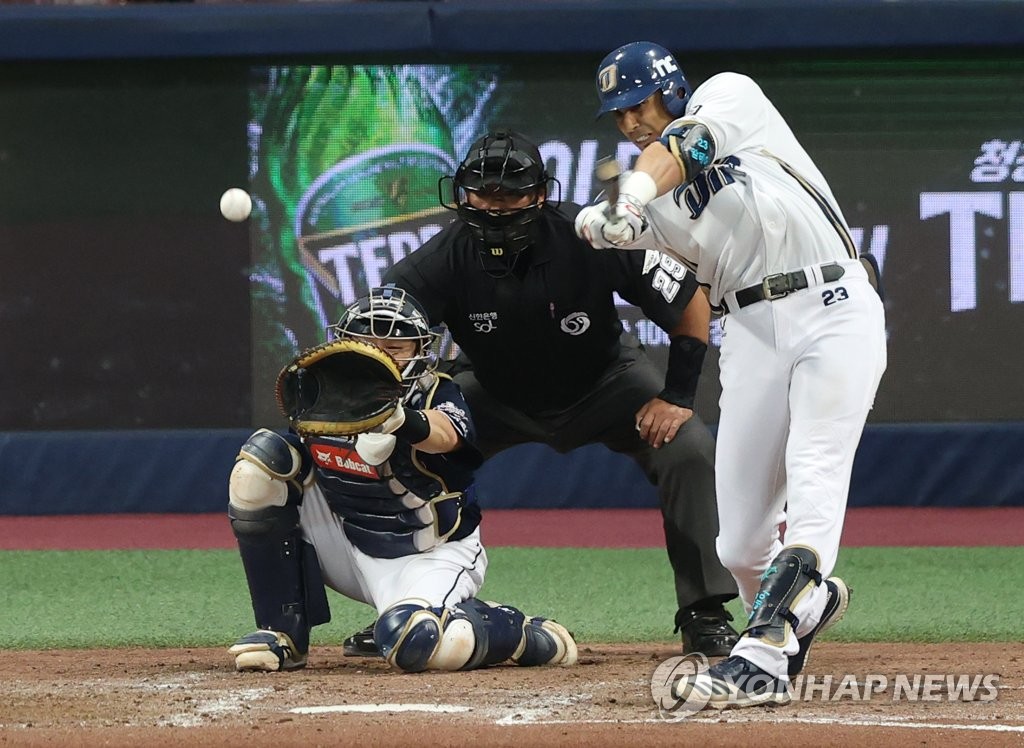 The Dinos went on to win the Korean Series in six games, despite some early distractions from the "mask-gate." Altherr didn't seem affected by the incident, as he batted .333/.364/.524 with a homer, five RBIs and two steals.

He basically picked up where he'd left off in the regular season. After shaking off some early season struggles, Altherr finished with a .278/.352/.541 line, plus 31 home runs, 108 RBIs and 22 steals.

Along the way, Altherr became an unlikely threat as the Dinos' primary No. 8 hitter. 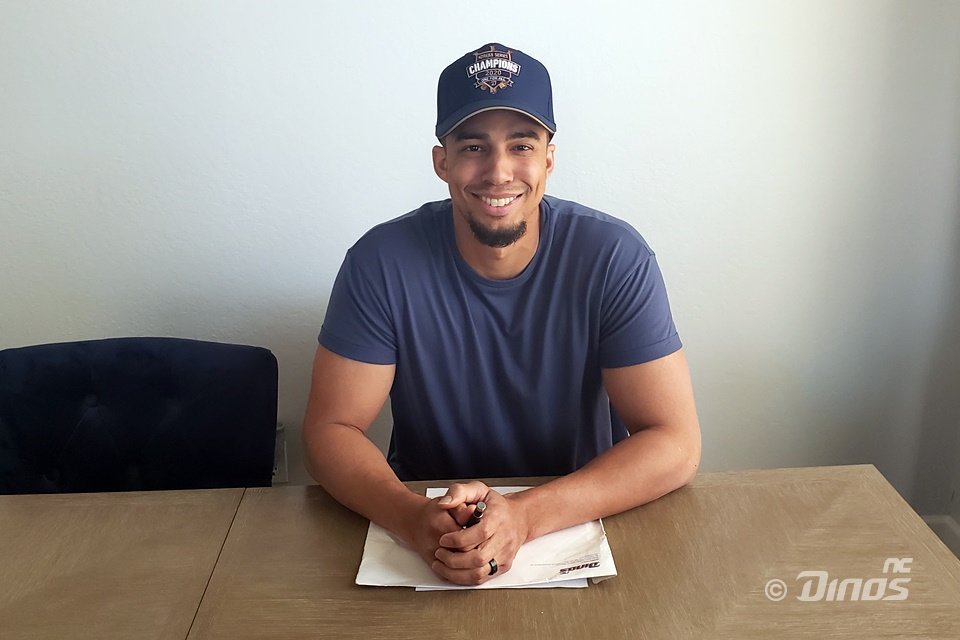 He batted in the eighth spot in the first five games of the Korean Series and then batted fifth in the clinching Game 6, when he was 2-for-4 with a double and a run scored.

Altherr said he's open to hitting anywhere in the lineup in 2021.

"It's all about what manager Lee (Dong-wook) wants to do," Altherr said. "He has come up to me already, asking what I feel about hitting fifth, kind of like what I did in the last game of the Korean Series. I am definitely comfortable with that. I've hit fifth a lot in my career. It's wherever he wants to put me. I am comfortable with any spot in the lineup."

Altherr said his increased comfort level in the KBO, with one season under his belt, should only help him in 2021. Even though it also means pitchers are familiar with him now -- "It goes both ways," he said -- Altherr isn't about to change his game plan too much.

While mashing homers and extra-base hits, Altherr also ranked second in the league with 149 strikeouts in 2020. Swinging aggressively has always been a part of his game and will stay that way this year.

"I don't want to lose any kind of aggressiveness because I think that also helps me do what I did last year," he said. "I know that if I take away my aggressiveness, that doesn't really pan out as well for me. I still want to keep the aggressiveness and also cut down on strikeouts as much as I can." 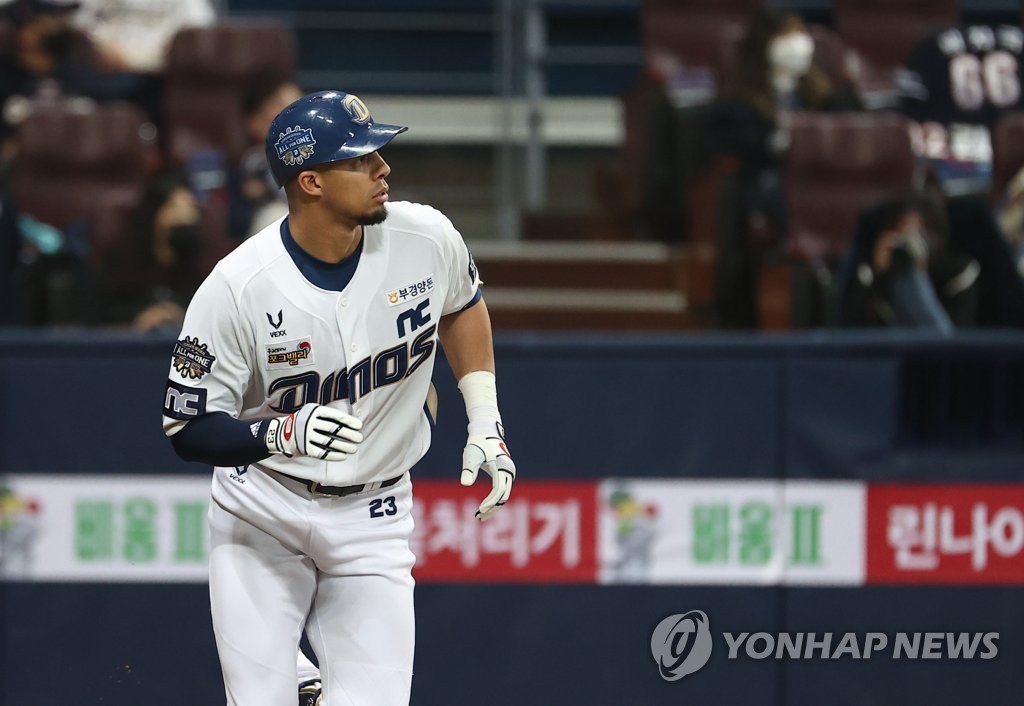