SEOUL, March 5 (Yonhap) -- The state auditor said Friday it found no irregularities in the steps involved in drawing up the Moon Jae-in government's nuclear-free policy.

The Board of Audit and Inspection conducted an investigation after a former opposition lawmaker and 546 others asked the agency in June 2019 to look into potential irregularities in the Ministry of Trade, Industry and Energy's policymaking process.

The group alleged that the ministry bypassed due procedure by revising a power supply plan before amending the overarching energy plan.

"Following a review of relevant laws, court rulings and legal advice, we were unable to find illegalities or procedural flaws," the BAI said.

According to the petitioners, the ministry should have first changed the 2014 energy plan, which had set the target ratio of nuclear power to 29 percent by 2035, and then changed the power supply plan in the way the Moon government did in 2017, lowering the ratio to 23.9 percent by 2030.

The ministry dismissed the accusation, saying there were no legal problems with the order in which they revised the plans. 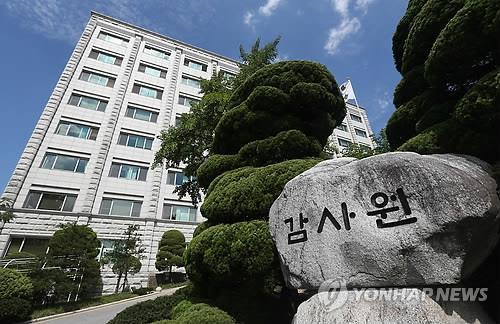