SEOUL, March 5 (Yonhap) -- The ruling Democratic Party's (DP) approval rating plunged to a record low since the 2017 inauguration of the Moon Jae-in government amid conflict over prosecution reform, a poll showed Friday.

The DP's approval rating was at 32 percent, down 4 percentage points from a week ago, according to a survey on 1,002 voters nationwide conducted by Gallup Korea from Tuesday to Thursday.

This marks the lowest since Moon took office in May 2017.

The corresponding rate for the main opposition People Power Party (PPP) rose 1 percentage point on-week to 24 percent. The PPP was followed by the minor progressive Justice Party, the People's Party and the Open Democratic Party at 7 percent, 4 percent and 2 percent, respectively.

It is the third time the main opposition party has narrowed the gap with the ruling party to less than 10 percentage points during Moon's presidency.

Gallup said the decrease in the DP's approval rating apparently came with its recent conflict with former Prosecutor General Yoon Seok-youl over creating a new investigative agency to take over the prosecution's investigative powers. 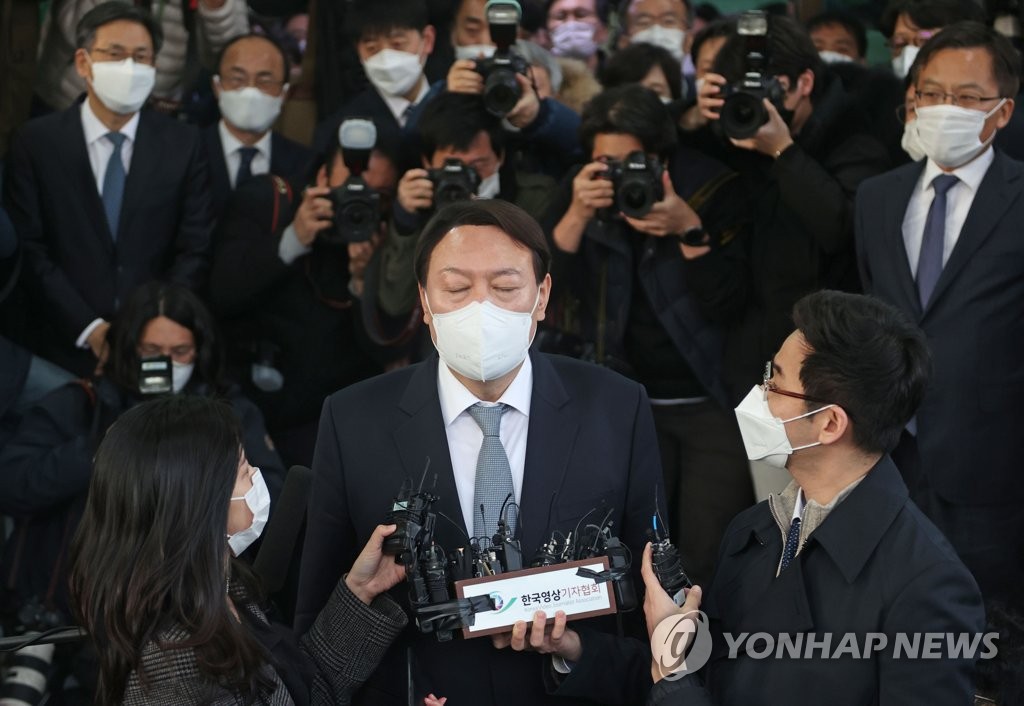 The Gallup survey had a confidence level of 95 percent, with a margin of error of plus or minus 3.1 percentage points.