The Wyverns, having been sold to the retail giant Shinsegae Group, played their final intrasquad game under that name on Friday on Jeju Island.

Shinsegae was expected to announce the new name for the Korea Baseball Organization (KBO) club later Friday. Earlier in the day, the KBO's board of governors, made up of team owners, unanimously approved Shinsegae's entry into the league. The group paid an entry fee of 6 billion won (US$5.3 million). 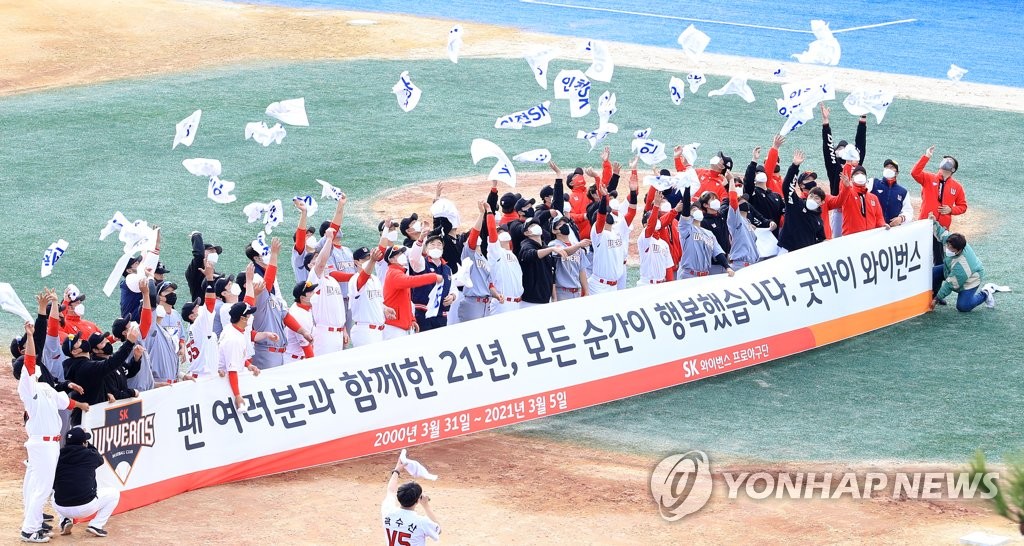 Manager Kim Won-hyong and captain Lee Jae-won each signed a cap and a jersey, and placed them in acrylic boxes for posterity. It marked the end of a 21-year run for the club, highlighted by Korean Series titles in 2007, 2008, 2010 and 2018.

"I'd like to thank fans who have supported us as Wyverns," Kim said, as some members of the team shed tears. "This is a new beginning for us. The name of our team may change, but we'll continue to play hard and have fun on the field." 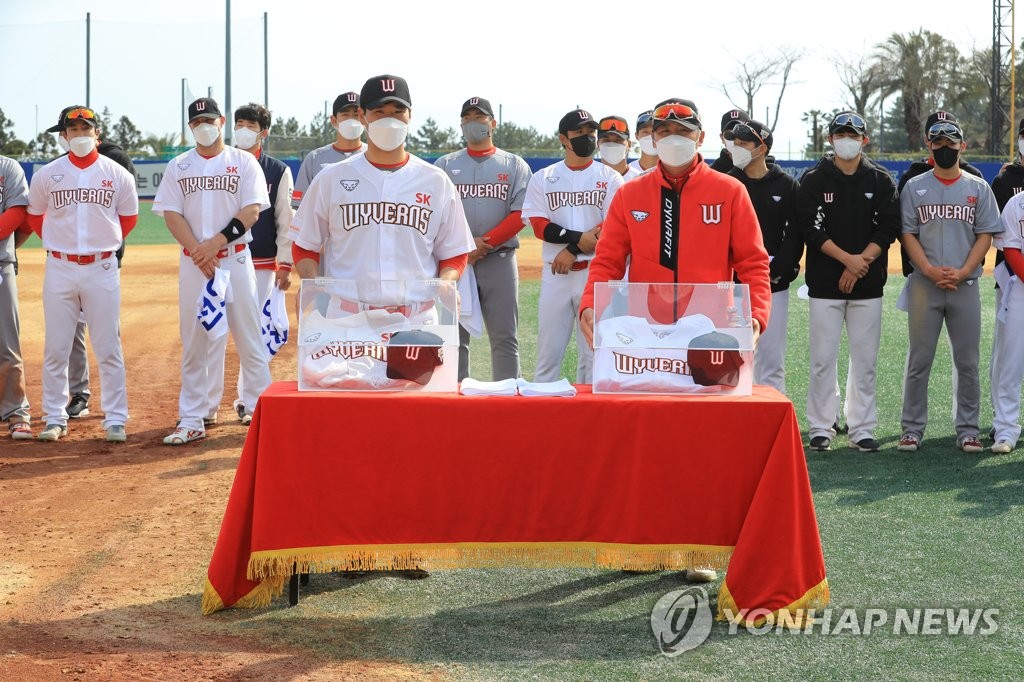 Kim Kwang-hyun, current St. Louis Cardinals pitcher who spent 13 years with the Wyverns, sent a video message in celebration of the Wyverns' history.

"I've gone through so many ups and downs as a member of the Wyverns, and I am sad this was the final game for the Wyverns today," Kim said. "Under the new name, I hope the team will continue good tradition and put up wins on the board." 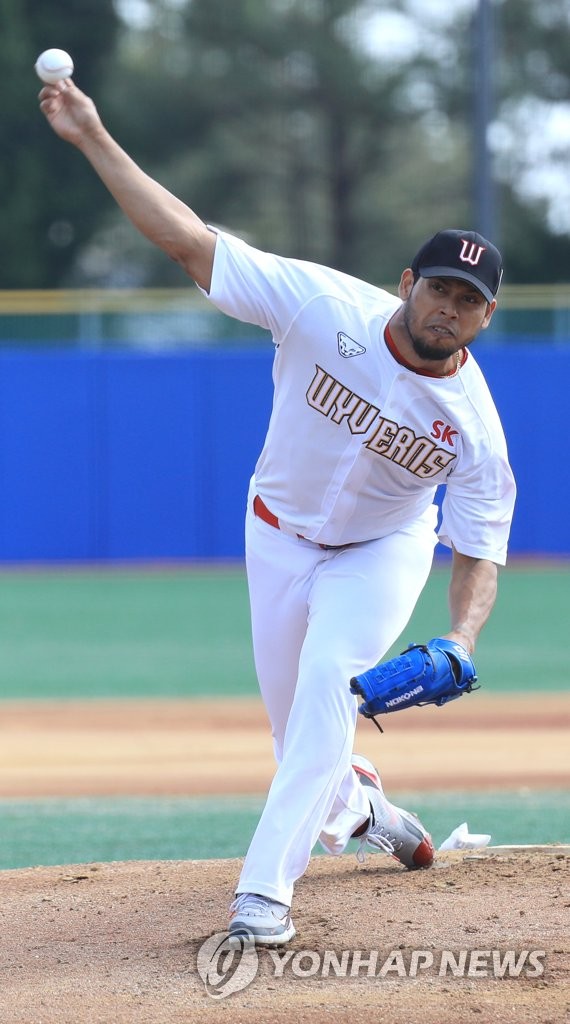