SEOUL, March 5 (Yonhap) -- Prosecutors on Friday raided SK Group's headquarters to see if the group is involved in the alleged creation of an illicit fund by the chairman of the SK Networks Co., a global trading unit of the group.

The anti-corruption unit of the Seoul Central Prosecutors Office said prosecutors and police investigators from the unit were searching the SK Group headquarters in Seoul to secure evidence for an investigation into the slush fund allegation.

On the same day, prosecutors indicted chairman Choi Shin-won, who was arrested last month on charges of embezzlement and breach of trust. He is a son of late SK Group founder Chey Jong-gun and a cousin of SK Group Chairman Chey Tae-won. 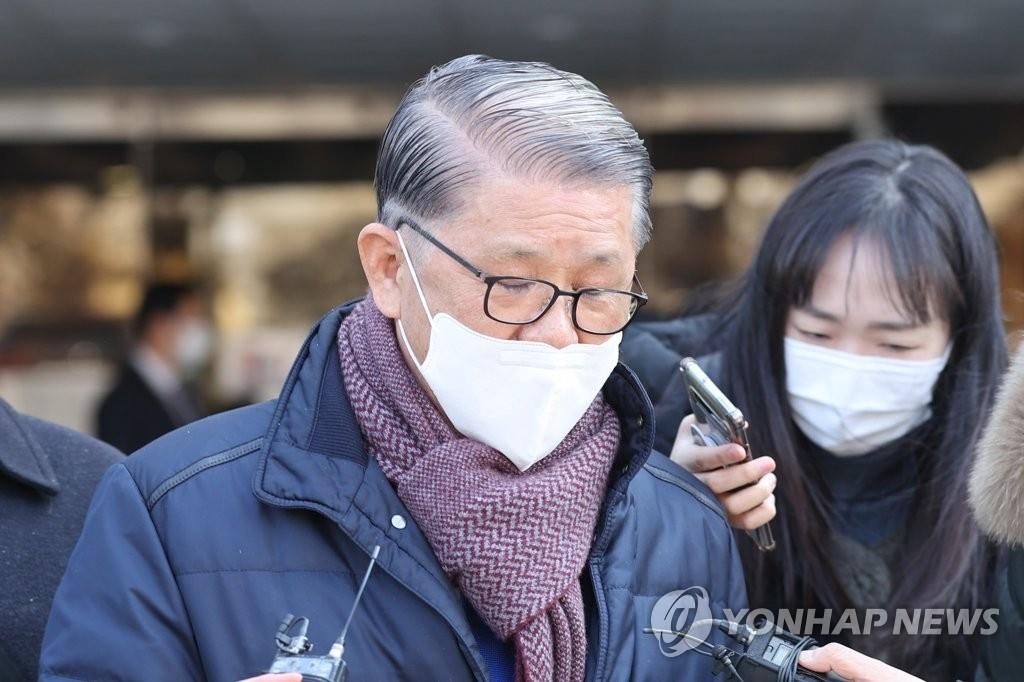 Choi faces allegations that he created a slush fund worth 223.5 billion won (US$198 million) through the company's six affiliates, including SKC, a chemical manufacturing company, and SK Telesys Co., a communication equipment manufacturer.

In addition, investigators are looking into the allegation that he was involved in stock manipulation.

SK Networks bought back 100 billion won worth of treasury shares from March to early June last year. After the plan was made public, shares in the company jumped to 5,600 won from 4,300 won.

Prosecutors suspect the buyback was aimed at boosting stock prices and Choi and company executives may have illegally profited in the process.

Also he was accused of hiding around 1.6 billion won under employees' names and violating the Foreign Exchange Transactions Act by taking around 900 million won overseas without reporting it.

The investigation into the suspected slush fund case began when the Korea Financial Intelligence Unit (KoFIU) under the Financial Services Commission (FSC) spotted suspicious flows of money at SK Networks in 2018.