Sejong-daero, which runs up and down the east and west sides of the square, was closed off on the west and expanded on the east to allow traffic to move in both the northbound and southbound directions. 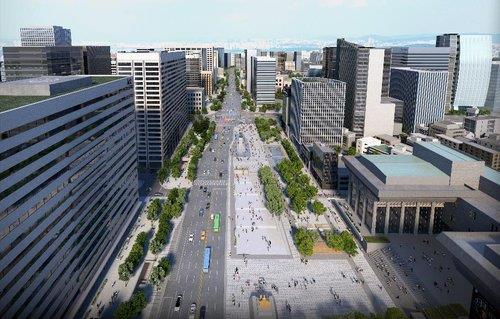 The adjustment is part of the Seoul metropolitan government's 79.1 billion won (US$71 million) project to build a park with more than 100 species of trees and flowers to the square's west.

"We ask citizens to refrain from traveling by car and use public transportation until road traffic on and around Sejong-daero is stabilized," Hwang Bo-yeon, a city government official, said.

The city government said earlier that a simulation study conducted within a 1.5 kilometer radius of the square showed that with special traffic measures in place, vehicles would be able to travel at an average speed of 21 km per hour, which is similar to the 2019 average of 21.6 kph. 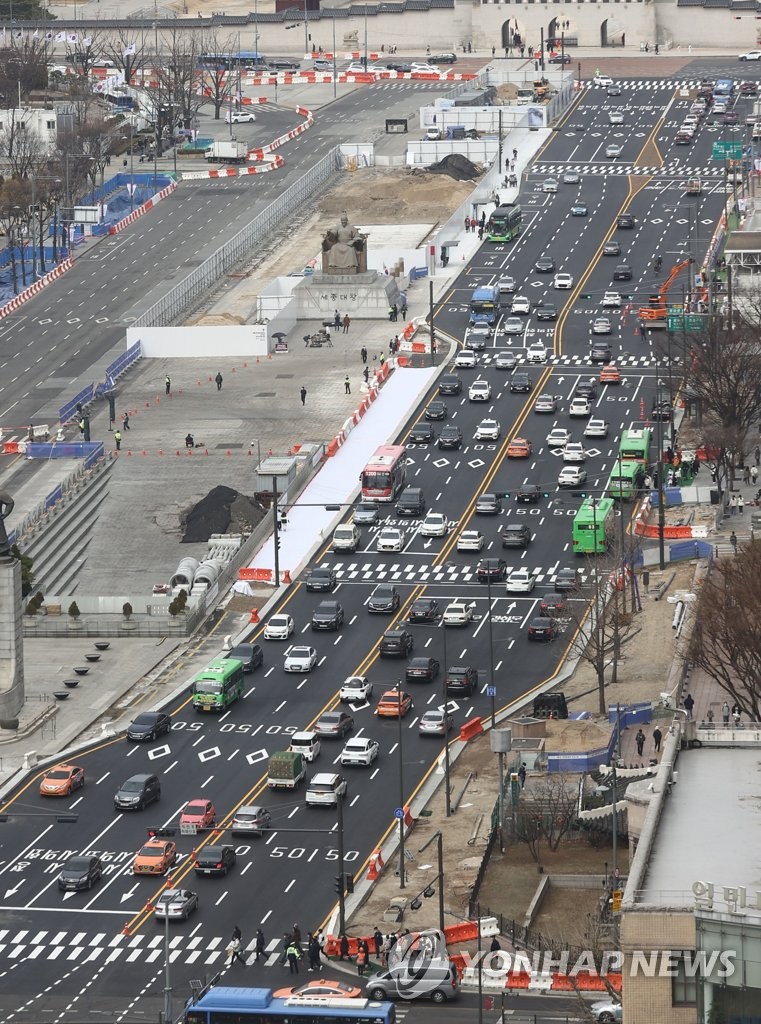