SEOUL, March 5 (Yonhap) -- The South Korean Embassy in Canberra and the Australian Embassy in Seoul announced a commemorative logo on Friday to mark the 60th anniversary of the establishment of diplomatic relations between the two countries.

The logo, designed by Kim In, a Korean-Australian, was selected among 180 design pieces submitted during a contest that the two embassies co-hosted from October to November last year, the Australian Embassy said.

The design highlights the decadeslong bilateral friendship between the two countries in the Northern and Southern hemisphere through national flags, colors and landmarks on a concentric circle.

To celebrate the 60th anniversary, the two countries plan to hold a variety of events, such as an Australian Contemporary Art Exhibition at the Seoul Museum of Art. The Australia-Korea Foundation plans to publish a book and website to recognize individuals who have contributed to the development of bilateral relations. 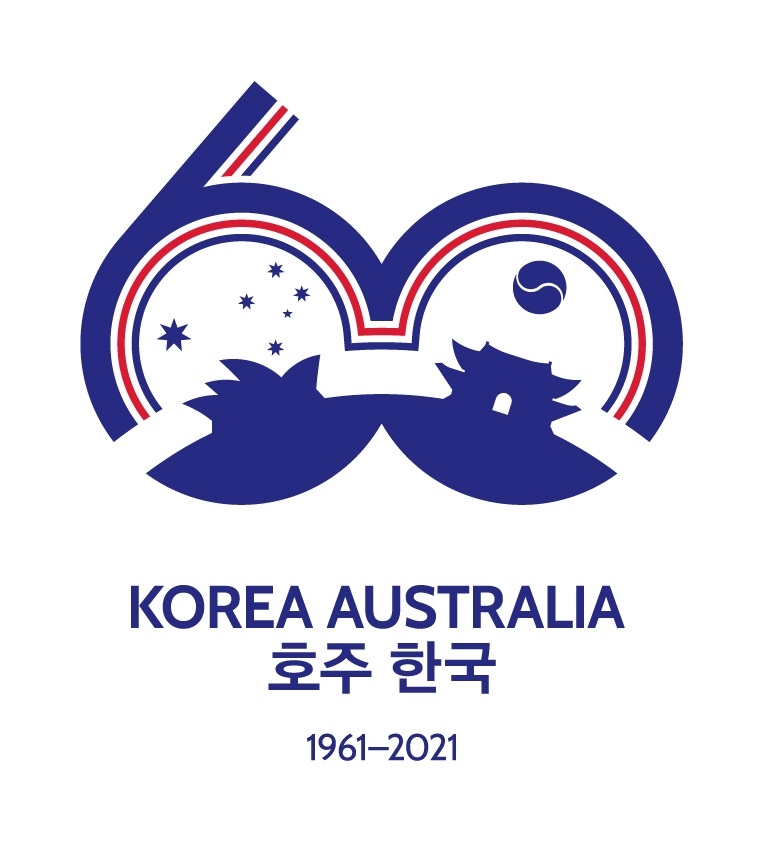