SEOUL, March 5 (Yonhap) -- President Moon Jae-in on Friday ordered a probe to look into whether any presidential staff members were involved in a land speculation scandal centering on employees of a state-run housing company.

The government on Thursday launched an investigation into ballooning allegations that employees of Korea Land and Housing Corp. (LH) bought land in the cities of Gwangmyeong and Siheung, near Seoul, possibly using insider information before a massive state housing development project was announced there last month.

Moon ordered Chief of Staff You Young-min to "immediately investigate all Cheong Wa Dae staff and their families, including senior secretaries, secretaries and executive officials, to find out whether any of them had land transactions in the concerned area," a high-profile Cheong Wa Dae official told reporters.

On Thursday, Moon instructed the government to conduct a speedy and thorough probe into the scandal.

The presidential official said Cheong Wae Dae has mapped out its probe plan following Moon's latest order and that a related internal investigation is already in progress. 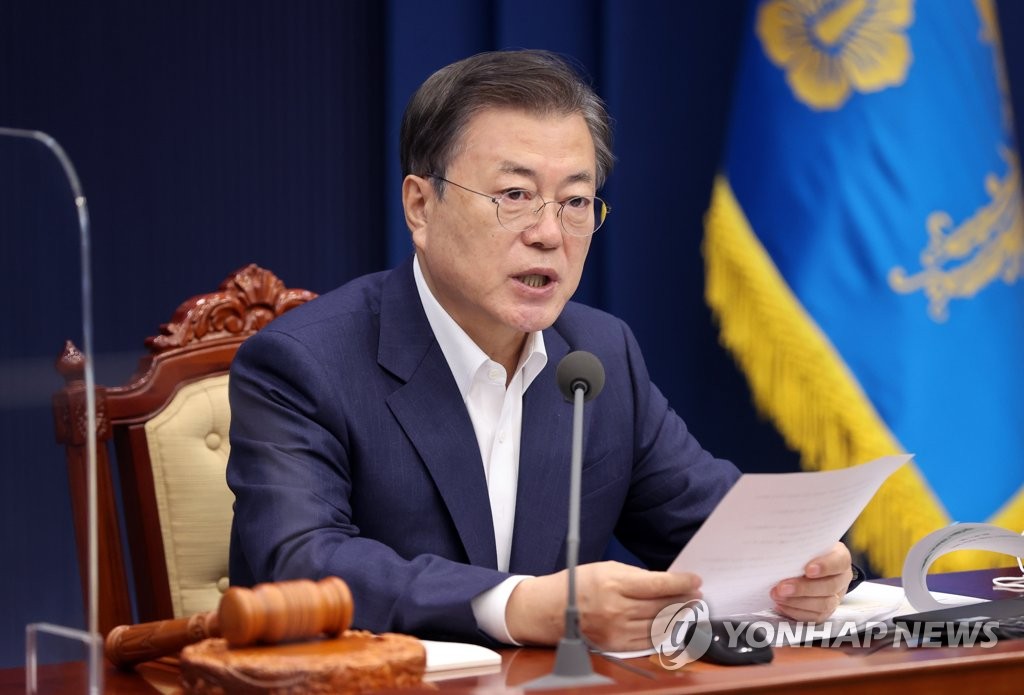