WASHINGTON, March 5 (Yonhap) -- The United States takes its commitment to the security of South Korea very seriously and such commitment requires having "ready" military capabilities for use when necessary, a Pentagon spokesman said Friday, stressing the importance of joint military drills between the allied countries.

"We take our alliance commitments to the Republic of Korea very seriously, and that includes making sure there are ready military capabilities should they be needed," John Kirby told a daily press briefing, referring to South Korea by its official name. 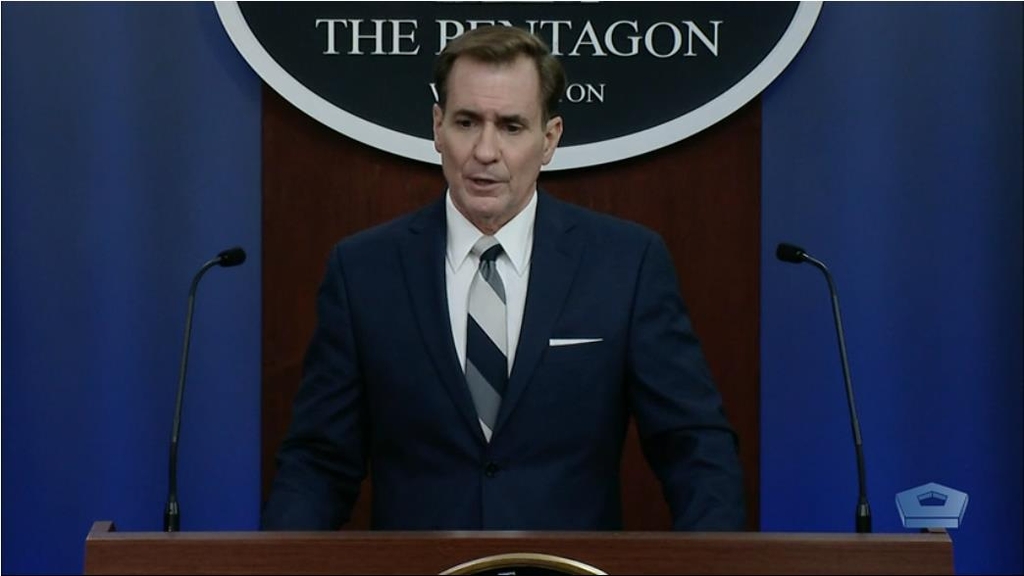 The remarks come after some news reports that South Korea may be considering calling off the countries' joint military drill, scheduled to start next week.

Kirby said he has not seen any such reports.

"And I certainly wouldn't speak for the South Korean government," he added.

Informed sources in Seoul earlier said the planned joint exercise, a computer-simulated command post training, will likely be scaled down partly due to COVID-19 pandemic, while the South Korean Defense Ministry said until as late as Thursday (Seoul time) that the countries have yet to finalize details of the exercise, including the exact date for its start.

Many, however, suspect that South Korea may wish to reduce or even call off the joint drill out of concerns that North Korea may use it as a pretext for a military provocation that has widely been anticipated in the early stages of the new U.S. administration.

Pyongyang condemns joint military drills by South Korea and the U.S. as rehearsals for invasion despite repeated assurances from Seoul and Washington that they are defensive in nature.

The Pentagon spokesman reiterated that the commander of U.S. Forces Korea, Gen. Robert Abrams, is working in "lockstep with our South Korean allies" to ensure their joint defense capabilities.

"I wouldn't comment beyond that, other than we know we've got serious commitments to make sure we have ready forces there," said he.