"Use of violence against the people of Myanmar must stop now. There should not be any more loss of lives," Moon wrote on social media including Twitter.

"We condemn the violent suppression of protests by the military and the police forces and strongly call for the immediate release of all those detained, including State Counsellor Aung San Suu Kyi," he added in the post with the hashtags "JusticeForMyanmar" and "StandWithMyanmar." 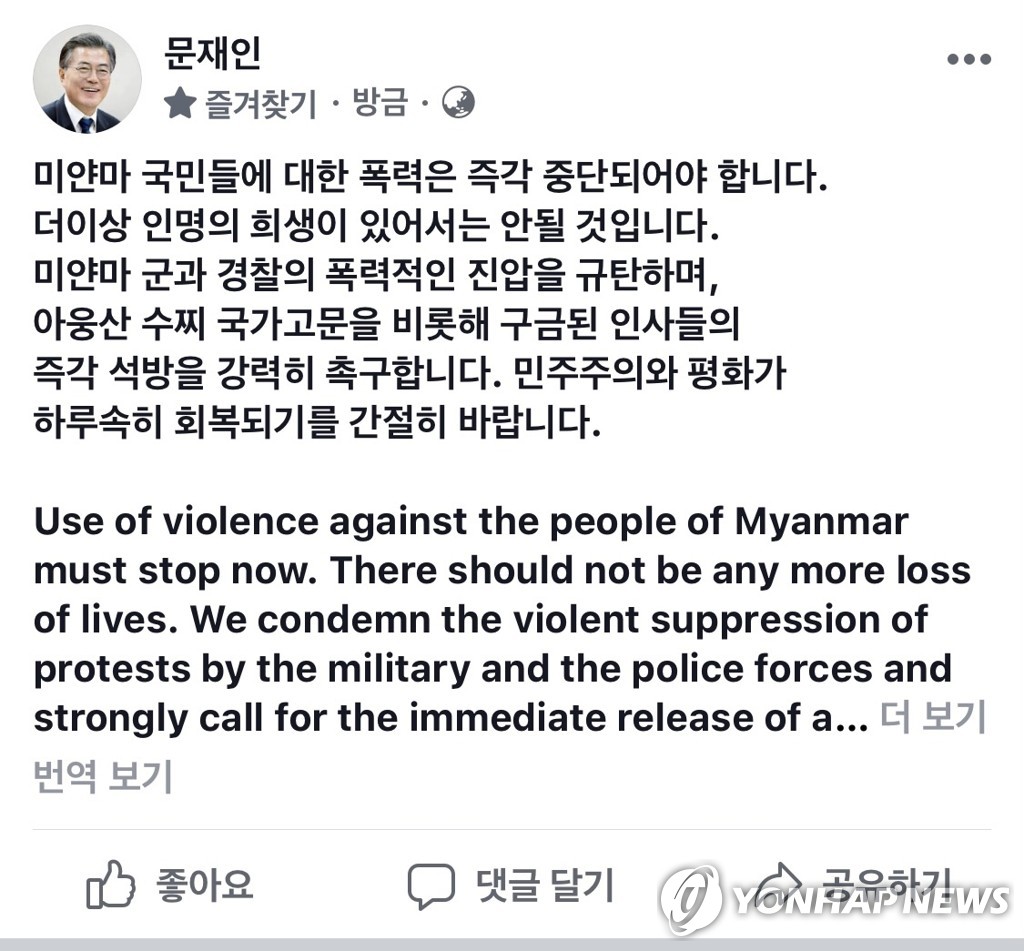 "Innocent people of Myanmar are dying. Citizens shedding blood rekindles the painful memory of Gwangju from 41 years ago," Chung said in his Facebook post.

He was referring to a pro-democracy uprising that took place in the city of Gwangju, 330 kilometers south of Seoul, in 1980. The military junta, led by Gen. Chun Doo-hwan, brutally cracked down on demonstrators, and left more than 200 civilians killed and 1,800 others wounded.

"The courage to protest against the unjust, and the conscience to protect democracy, cannot be a sin," Chung added. "The truth cannot be concealed." 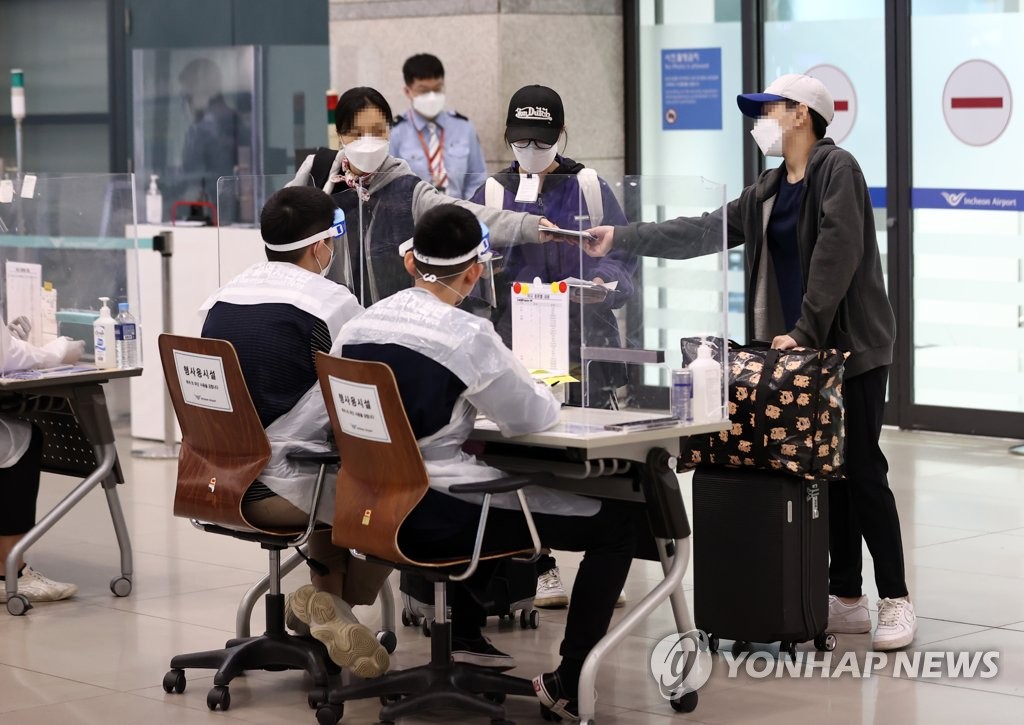 In late February, the National Assembly also passed a resolution denouncing the military coup as a "serious defiance of democracy."

The parliament expressed support for the Myanmarese people who have been fighting the coup for about a month, demanding the restoration of democracy.

On Feb. 1, Myanmar's military authorities detained Aung San Suu Kyi and other leaders of her National League for Democracy party, doubling down on their claims of fraud in November elections in which her party won a landslide victory.

More than 50 people have been killed and over 1,700 have been detained in the authorities' bloody crackdowns on anti-coup demonstrations.
(END)