SEOUL, March 6 (Yonhap) -- North Korea has canceled the annual Pyongyang Marathon due to the coronavirus pandemic, a tour agency has said.

The event, officially known as the Mangyongdae Prize International Marathon, was scheduled to be held in the North's capital from April 5-11.

"The 2021 Pyongyang Marathon has been officially canceled," Koryo Tours, a Beijing-based operator specializing in North Korea tours, said on Twitter on Thursday.

"But next year's race should be happening on April 10, 2022 (depending on the global COVID situation of course)," it added. 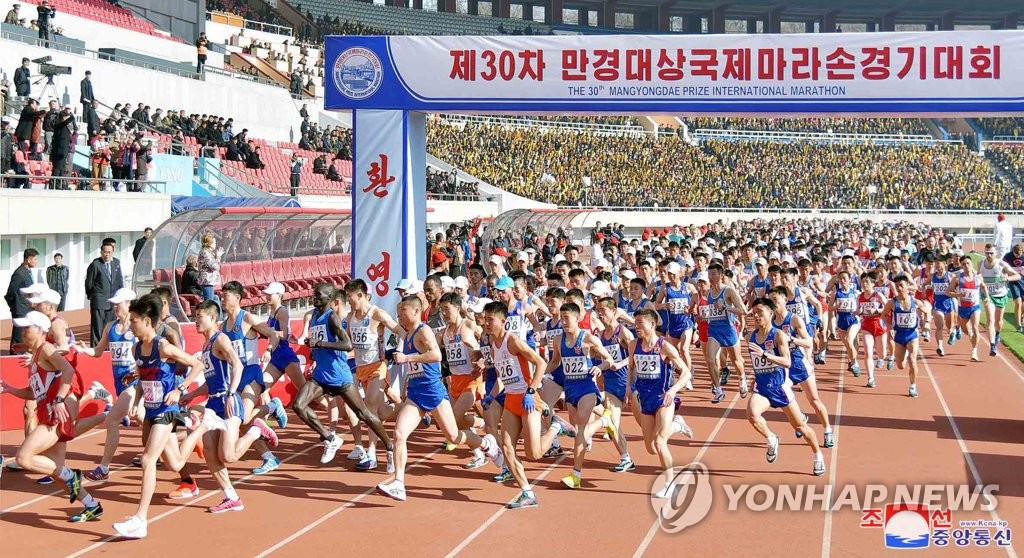 The company is an official partner of the international event.

The marathon was also called off last year as the country shut its borders to prevent the coronavirus.

In January, Koryo Tours said this year's marathon would include a virtual option, which would allow participants to run at their place of residence during the event period. The plan was scrapped one week later.
(END)