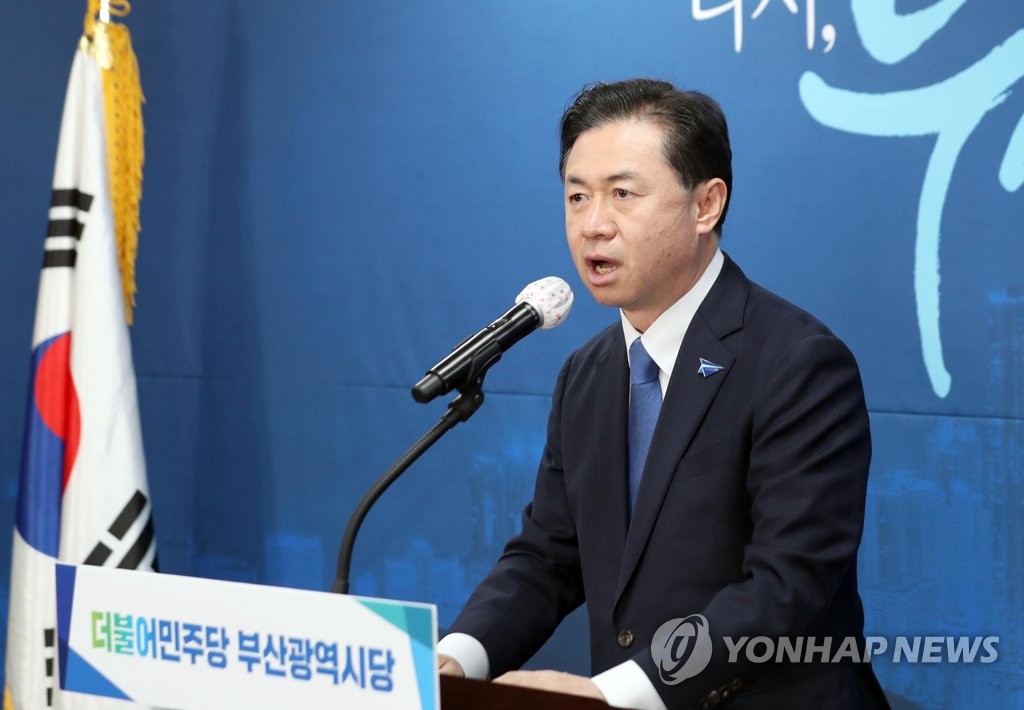 In the April 7 by-election, Kim will be up against Park Hyung-jun, who served as chief presidential secretary for political affairs under former President Lee Myung-bak. Park will run for the main opposition People Power Party.

"I'll be a troubleshooter for Busan and the city's destiny by winning the by-election," Kim said in his acceptance speech.

Kim also apologized to Busan residents for having the by-election in the first place, following sexual misconduct by a DP mayor.

Kim acknowledged that he trails Park in the race, noting that Park has been preparing for the by-election for a year while he has only been in the game for a month.

"I am narrowing the gap, and now it's time for me to stage a huge comeback," Kim added. 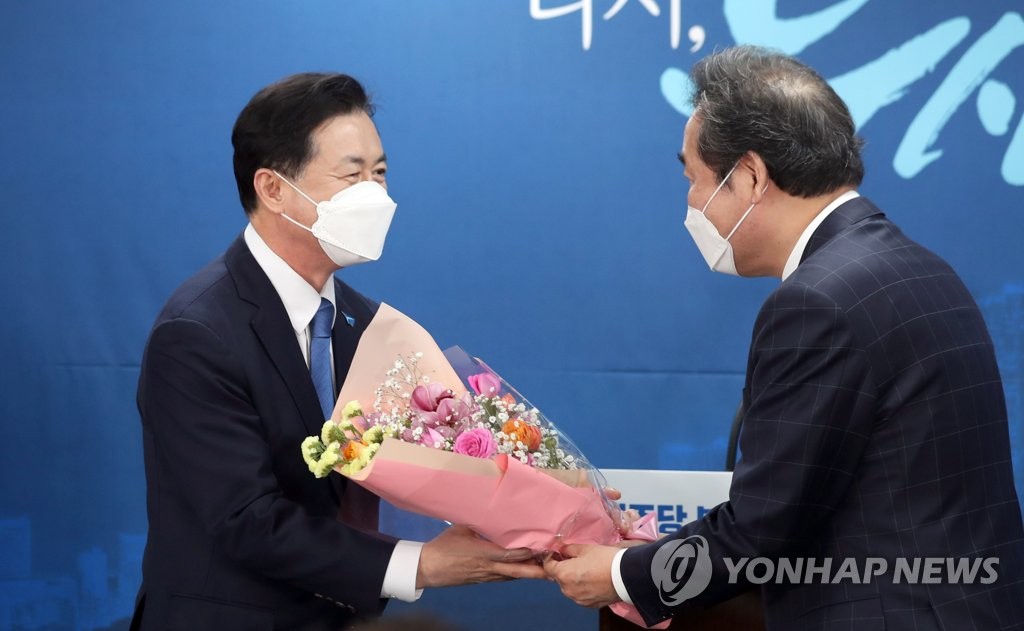