The four-day workshop, the first of its kind, concluded on Saturday and discussed ways to implement economic development and other goals put forth during a rare party congress in January, according to the Korean Central News Agency (KCNA).

"Enthusiastically appealing to them to become real servants accepted by the people on the road of serving our great people, he declared the first short course for chief secretaries of the city and county Party committees closed," the KCNA said.

Kim urged the secretaries to "attach importance to the mindset of people" and to play the role of steering the development of cities and counties to bring about "clear changes and successes to be welcomed and realized by the people."

He also called on the secretaries to carry out their tasks "in any case without fail," saying that the people and other officials will be keeping an eye on them with greater expectations after they attend the first-ever workshop.

In a photo session at the workshop, Kim was seen standing in the third row in between other officials, in an apparent show of friendliness and confidence. Kim usually sits in the front row and at the center in other photo sessions.

Meanwhile, Jo Yong-won, an official widely believed to be a top aide to Kim who is presumed to have jumped to the No. 3 position in January's party congress, delivered a lecture stressing discipline and order to the local party officials.

The KCNA earlier referred to Jo Yong-won as an official "in charge of organizational affairs" of the party, the first confirmation about his latest party position.

The meeting came as North Korea is struggling to implement policy goals set forth during January's party congress in the face of global sanctions and the fallout of its prolonged fight against the global pandemic.

At the congress, Kim admitted to a failure in his previous economic development plan and disclosed a new development scheme with a focus on "self-reliance." 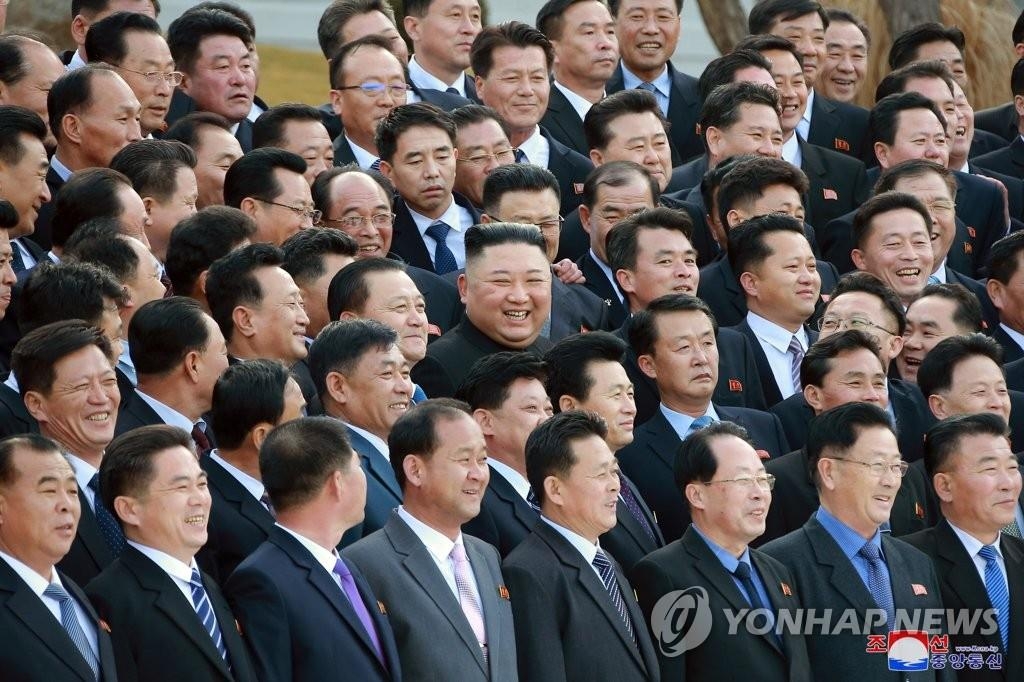