Deputy Prime Minister Hong Nam-kim made the announcement, offering an apology over revelations that employees of the state-run Korea Land and Housing Corp. (LH) bought land in areas that the firm plans to develop in anticipation of huge profits.

"As the main minister responsible for the economy and management of public institutions, I would like to say sorry to the people from the depths of my heart," Hong said during a press conference held jointly with Land Minister Byeon Chang-heum and other related ministers.

"First of all, if the alleged real estate speculation is confirmed to be true, we will take steps under the principle of zero tolerance, such as requesting investigations and taking disciplinary measures," he said.

The government also announced a set of measures to prevent recurrence, including restricting land transactions by officials in charge of state-led housing and land development projects and having them report such deals in inevitable cases.

Moreover, authorities will also consider adopting a system in which officials involved in housing policies are required to make their property assets public through a registration system, the ministers said. 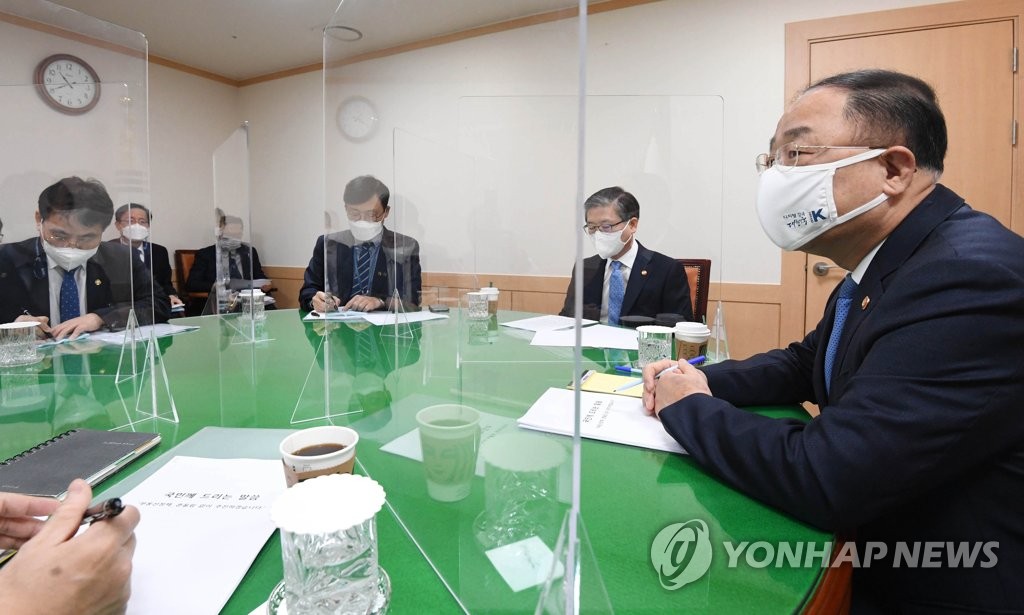 Last week, the Prime Minister's Office launched a task force to look into all land deals by public officials in the areas subject to government-led development projects.

The move comes after dozens of LH employees turned out to have bought plots of land worth 10 billion won (US$8.9 million) in Gwangmyeong and Siheung, two cities just south of Seoul, before the government announced large-scale public development plans there last month.

The revelations sparked a public uproar.

Should the allegations turn out to be true and their land transactions be proven illegal with internal information, it could deliver a blow to the Moon government, which has been struggling to rein in skyrocketing home prices across the nation.

Despite the revelations, the government said it will push ahead with existing housing and development policies, including a set of measures announced on Feb. 4 that centers on supplying about 830,000 homes in the Seoul metropolitan area and other major cities.

"The real estate market appears to be stabilizing in terms of home sale and rent prices since the announcement of the Feb. 4 measures," the ministers said. "The government will supply the 830,000 homes as scheduled without fail."

In the past four years, the Moon Jae-in administration has struggled to curb rising home prices.

The rising property prices and tight lending rules made it more difficult not only for low-income families but also high earners to buy a home in Seoul without financial support from their parents. 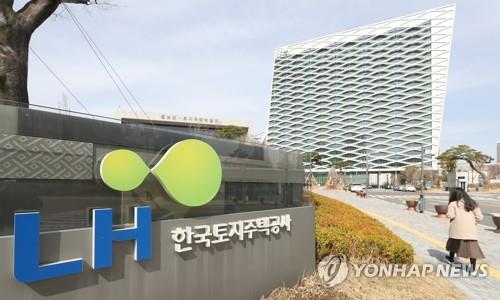