SUWON, South Korea, March 7 (Yonhap) -- Prosecutors said Sunday they have indicted a couple on murder and child abuse charges over the death of their 10-year-old live-in niece last month who was found to have suffered assault, including water torture.

The Suwon District Prosecutors' Office said the child's aunt and her husband, both in their 30s, maltreated her to exorcise evil spirits, believing that she was "possessed." The wife was found to be a shaman.

The two were arrested last month after the niece, daughter of the wife's younger sister, died of secondary shock at a local hospital. They had been fostering the child since November.

They are accused of beating the child on several occasions, and plunging the 10-year-old's head in a bathtub for about 30 minutes at their home in Yongin, just south of Seoul, until the girl stopped breathing.

A probe found that the couple inflicted at least one more round of such water-torture-style acts in January.

Investigative officials secured photos and videos of the couple abusing the kid.

"In one of the videos, the wife says they need to drive away the evil spirit," an official said.

It is the second fatal child abuse case in two months to rattle South Korea after an adoptive mother in Seoul was indicted on charges of abusing a 16-month-old girl to death.

Prosecutors said they will continue investigation on the 10-year-old's mother on allegations of neglecting her child. The mother allegedly handed over a branch of a peach tree to her sister "to be used for exorcising evil spirits" from her daughter, they said.

She was divorced and had been fostering the ill-fated girl alone before leaving the child with her aunt. 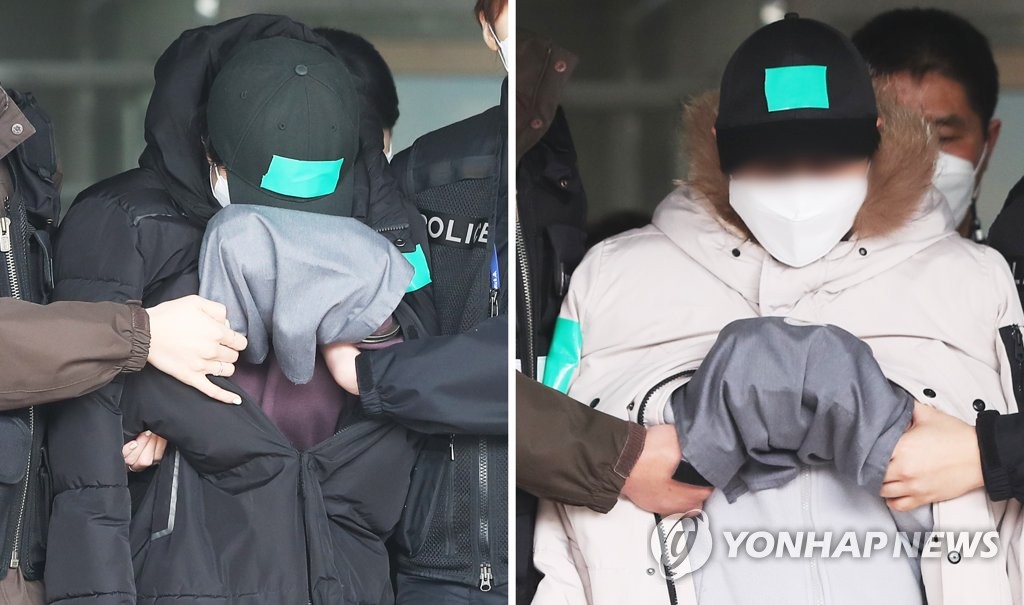