SEOUL, March 8 (Yonhap) -- South Korea's daily new coronavirus cases fell back below 400 on Monday apparently due to less testing over the weekend, but health authorities remained wary of a potential resurgence as outdoor activity increases due to warmer weather.

Daily infections had been above 400 for two consecutive days, with 418 cases Saturday and 416 on Sunday.

The number was expected to again rise to over 400 on Tuesday, with health authorities and local governments saying 405 new cases were confirmed from noon to 9 p.m. on Monday. That is 90 more than the same time Sunday. Daily tallies are counted until midnight and announced the next morning.

The country added eight more deaths from COVID-19, raising the total to 1,642. The fatality rate was 1.77 percent, the KDCA said. 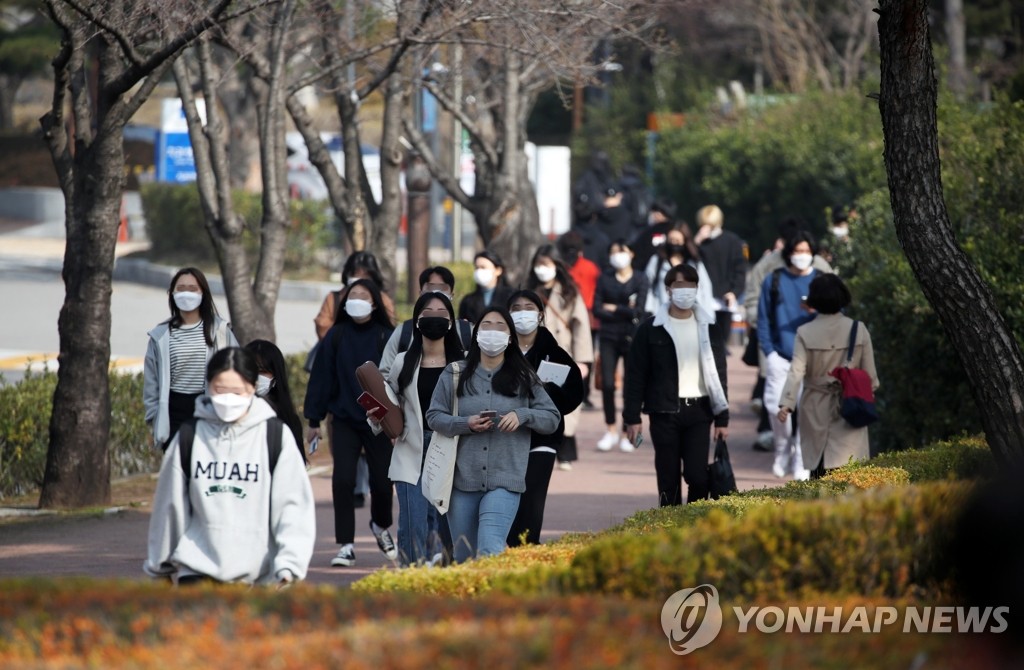 After peaking around late last year, the country's daily infections have steadily declined since then on the back of tougher virus curbs.

The daily tally, however, has recently remained at around 300 and 400 amid continued cluster infections that center around the greater Seoul area, home to about half of the nation's 52 million population.

Authorities have repeatedly warned that people should abide by social distancing and stay home as more and more are expected to enjoy outdoor activities during the spring season.

"There are growing risks from students going back to school, and people going on trips and meeting with others in the spring season," Korea Disease Control and Prevention Agency Commissioner Jeong Eun-kyeong said in a briefing. "We will strengthen on-site inspections of whether quarantine efforts are being kept in entertainment and large public facilities."

South Korea has tentatively decided to adopt a four-tier social distancing system that allows merchants, such as cafes and restaurants, to do business under voluntary containment efforts.

Health authorities said they will decide Friday at the earliest whether to extend or lower the current social distancing level. The current curbs, including the gathering ban, are scheduled to stay in effect until March 14. 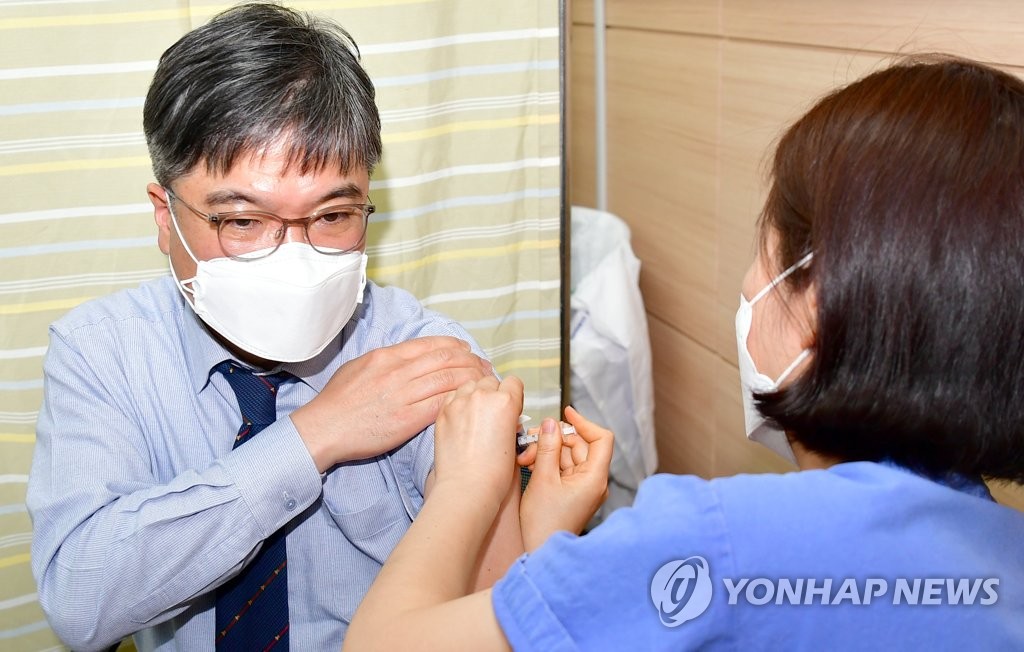 The country is also in the early stages of its vaccination campaign, which started late last month with vaccines from AstraZeneca and Pfizer.

Health authorities said a total of 316,865 people have received their first shots, with an additional 2,047 getting the jabs Sunday.

The number of people reporting adverse effects after the shots came to 3,915 so far, up 226 from the previous day. The majority of them -- 223 -- were common and mild symptoms, such as headaches or fever.

A group of medical experts who probed the previous eight deaths tentatively concluded that there was no causal relationship between their deaths and vaccinations.

Jeong added that the country will decide later this week whether to give final approval for use of AstraZeneca's vaccine on people aged 65 or older after a group of local experts concluded that the vaccine is okay for the age group based on new data from England and Scotland.

Health authorities added that the country has confirmed 20 additional variant COVID-19 cases, bringing the total to 182, since the country confirmed the first variant case in October last year.

Of the new cases, 16 were the Britain variant, followed by the South African strain with three.

Of the 335 locally transmitted cases, 97 additional cases were reported in Seoul and 128 in Gyeonggi Province that surrounds the capital. Incheon, 40 kilometers west of Seoul, identified 15 new cases. The three areas, which make up the greater capital region, accounted for 71.6 percent of new local cases.

There were an additional 11 imported cases, raising the total caseload to 7,188.

The number of seriously or critically ill COVID-19 patients was 128, down six from the previous day.

The total number of people released from quarantine after making full recoveries was 83,474, up 254 from a day earlier.