Under the partnership, the two sides will collaborate on the development and supply of Time of Flight (ToF) modules dedicated for Microsoft's cloud platform Azure.

A ToF module is a core 3D sensing camera component that can recognize three-dimensionality, spatial information and movement of an object by using the distance calculated based on the return time of the light shot toward and bounced off of a target object.

LG Innotek plans to mass-produce the Azure-dedicated ToF module in the second half of the year. 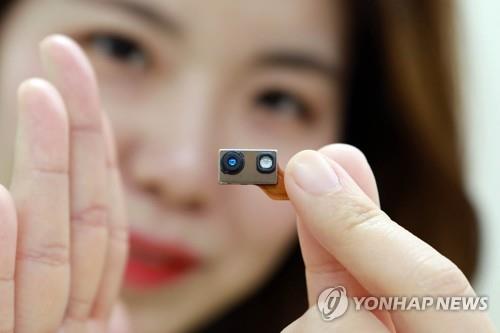 Microsoft will support the Azure ecosystem for the development of the Azure-connected ToF module and its related services.

The U.S. tech titan has been searching for partners that can boost its services combining the Azure platform and 3D cameras. It reportedly approached LG Innotek first for the partnership.

The two companies also agreed to launch promotions to secure new customers in the fields of health care, retail, manufacturing and others.

Azure-supported 3D cameras can be used in measuring movements and checking the motion of people when they exercise. In the retail area, they can be helpful for managing inventories or preventing theft, LG Innotek said.

According to market researcher IndustryARC, the global 3D sensing camera market generated revenue of US$5.2 billion in 2018 and it is estimated to grow to $24.1 billion by 2024.