JEONJU, South Korea, March 8 (Yonhap) -- A group of Thai nationals has been apprehended for allegedly smuggling narcotics worth tens of millions of dollars into South Korea, local police said Monday.

The suspects were found to have disguised the drugs as vitamin products popular in Thailand and shipped them through the international Express Mail Service (EMS).

The police said the customs authorities have had difficulties in identifying and seizing narcotics due to increased international shipments amid the coronavirus pandemic. 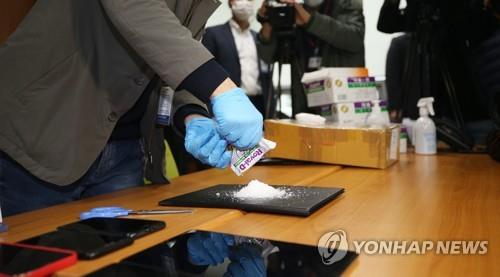 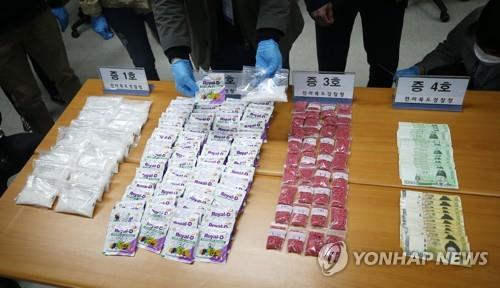 Investigators said that the suspects have been trafficking drugs into Korea systematically.

One of the suspects, 27 years old, delivered smuggled narcotics to dealers in different regions, including the central Chungcheong provinces and southwestern Jeolla provinces, to sell them to local Thai workers.

The criminal proceeds were exchanged to Baht through Thai supermarkets here and then sent to their home country.

The police said they were tracking down more suppliers and dealers allegedly related to the case.

"We will beef up probes on foreign drug suppliers and users as similar cases are on the rise among foreign nationals, particularly Thais working at local factories and farms," they added.