"All administrative and investigative power that the country has should be mobilized. We must not let the people down," he was quoted as saying in his closing statement during a session to receive policy briefings from the Ministry of Justice and the Ministry of the Interior and Safety.

He was referring to allegations that officials at the Korea Land and Housing Corp. (LH) used pre-announcement information on a new city development project for speculative land purchases. Last month, the government made public the scheme to build huge apartment compounds in Gwangmyeong and Siheung in Gyeonggi Province, just southwest of Seoul.

Moon described the suspicions as the "first case" that requires "systemic cooperation" between the two law-enforcement organizations under their role division introduced recently as part of measures to reform the prosecution. He cited relevant know-how and experiences of state prosecutors. 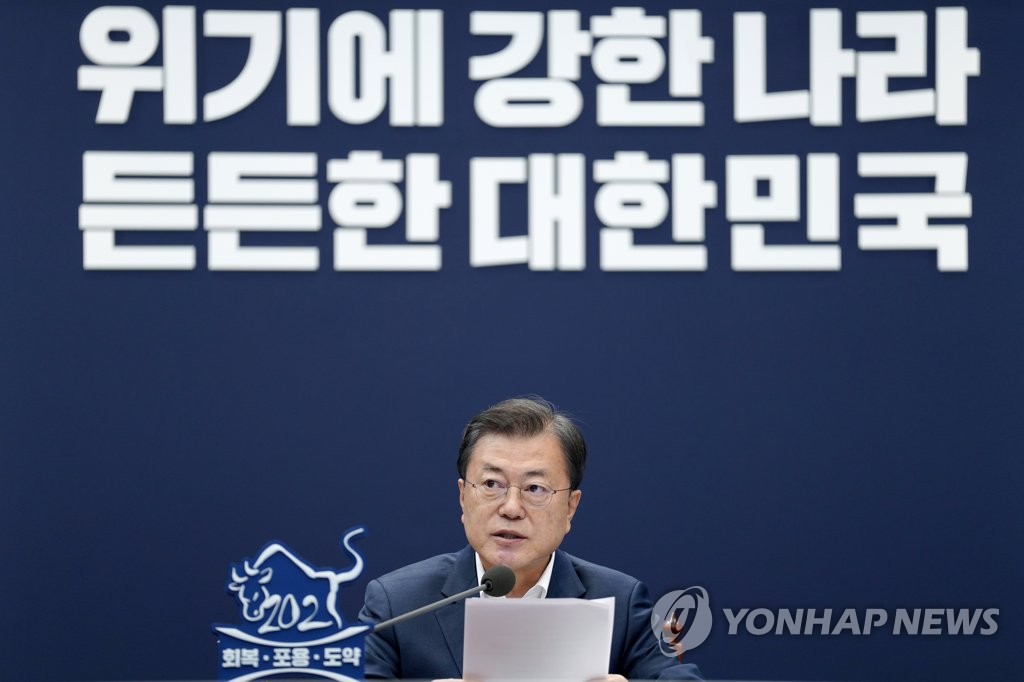 Moon's remarks came amid public doubts about the results of the nascent probe, led by the prime minister's office and the police, into the complicated case.

He pointed out that it's still too early to determine whether the LH scandal is attributable to "personal wrongdoings" or a "structural problem," according to Cheong Wa Dae spokesman Kang Min-seok.

Speaking at the outset of the Cheong Wa Dae meeting, the president urged state prosecutors to earn public trust.

He added it's necessary to make a constant push for the separation of their rights to investigate crimes and indict suspects.

The prosecution should be able to assure the public that the exercise of its rights is fair, not arbitrary or selective, he stressed.

There has been no improvement, however, in public confidence in the prosecution's impartiality despite efforts by most prosecutors, he added.

The liberal administration of Moon, formerly a human rights lawyer, has focused on giving the police more investigative power, mostly in ordinary criminal cases. The National Investigation Headquarters was born under the wing of the police for that purpose.

The government has also established the Corruption Investigation Office For High-ranking Officials (CIO) empowered with investigation and indictment.

The prosecution service still has the authority to probe six major crimes, including those related to economy, election and arms procurement.

Moon pointed out that 2021 is the year for the reform steps to take effect in earnest and urged the prosecution, the police and the CIO to establish an efficient cooperative system.

"But it's not complete yet," he added. "The separation of prosecution rights and investigation rights is a direction (for us) to go constantly in the future as well for the sake of checks and balances and protection of human rights." 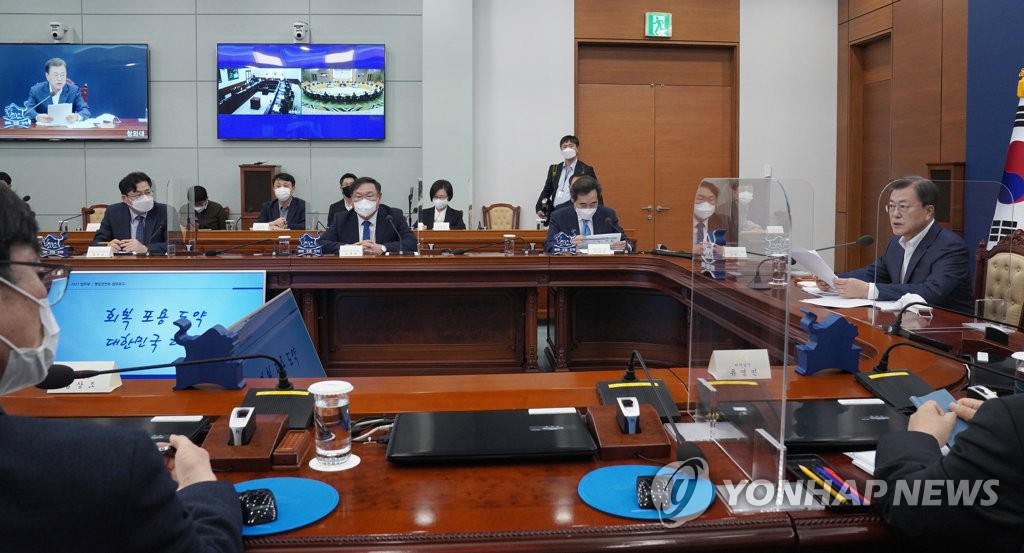 In particular, the police should prove their investigative capabilities, Moon said.

Some hard-line lawmakers of the ruling Democratic Party have been pushing for the creation of another non-prosecution body specializing in looking into serious crimes, a move to strip the prosecution of its investigative rights.

Yoon Seok-youl resigned from the job of prosecutor general last week, claiming it would undermine the nation's law enforcement against corruption.