SEOUL, March 8 (Yonhap) -- South Korea has tentatively concluded that there is no causal relation between COVID-19 vaccines and eight out of 11 reported deaths after vaccinations, health authorities said Monday.

Investigations were concluded on the eight people who died within days of receiving AstraZeneca's COVID-19 vaccines. An epidemiological survey is still under way for three other recipients.

The authorities tentatively concluded that their deaths were highly likely to be connected to their pre-existing conditions. 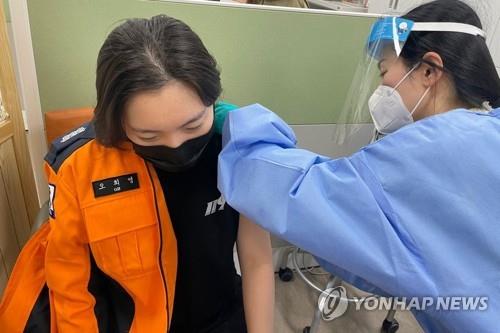 All the eight people had been in long-term care facilities with pre-existing diseases, such as heart diseases and diabetes, they said. They also did not show any allergic reaction, called anaphylaxis, following the inoculation.

Health authorities have been seeking to allay safety concerns raised by the recent deaths of some elderly patients after they were vaccinated against COVID-19.

The authorities said they will continue to conduct epidemiological surveys on any reported death, adding that the safety of the vaccine has been extensively studied in clinical trials.

Health authorities have also said the government will provide adequate compensation for serious side or adverse effects from the scheduled shots. The government will cover costs for hospital stays and other kinds of treatment costs.