SEOUL, March 9 (Yonhap) -- Six people were confirmed to have been infected with COVID-19 after getting their first doses of vaccines, which have been administered to health care workers and patients at long-term nursing facilities since late last month, the health authority said Tuesday.

Two nurses and a medical employee working at the National Medical Center were confirmed to have been infected with the virus Monday after receiving their first doses of Pfizer vaccine shots last week. 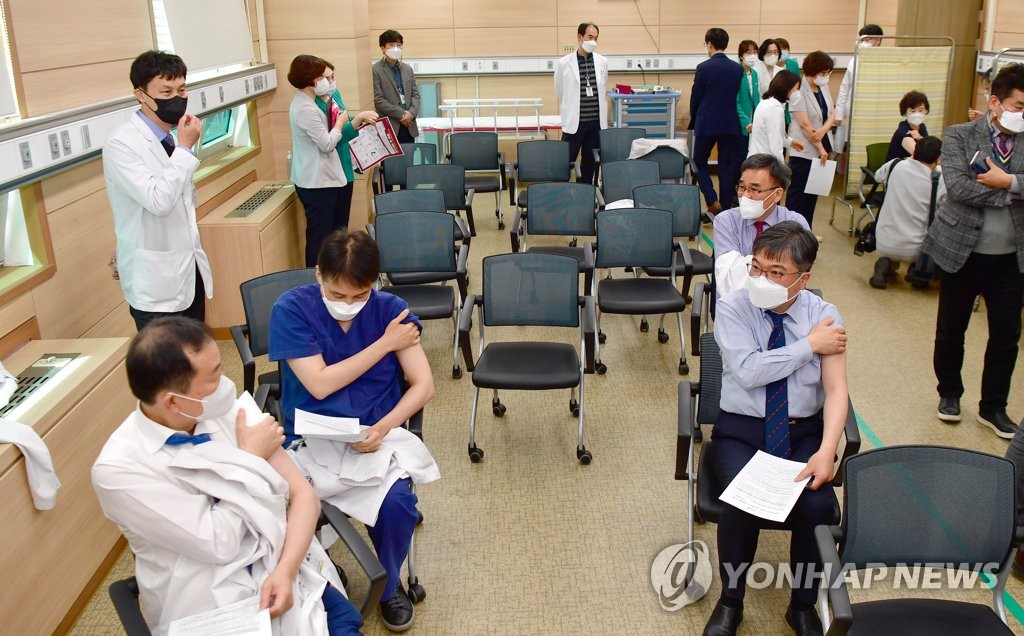 Health authorities stressed that the virus infections are not related to the vaccine's efficacy as it takes at least two weeks for antibodies to be formed after vaccination.

"They may have been already infected (with the virus) before the inoculation or got infected before antibodies were formed (after the first jab)," the KDCA said.

The country has been administering two vaccines, from AstraZeneca and Pfizer, which require two shots to be effective, since late February to front-line health officials and health care workers in nursing homes.

A total of 383,346 people have been inoculated since the first shot was administered on Feb. 26, according to the KDCA.