(ATTN: UPDATES throughout with his remarks; CHANGES photo)

SEOUL, March 10 (Yonhap) -- President Moon Jae-in said Wednesday it is an unpardonable act for public officials to use unannounced information on a new state housing project for speculative land purchases.

It is an "unpardonable act that disrupts fairness and trust in our society," Moon said during a meeting with the ruling Democratic Party's (DP) floor leaders at Cheong Wa Dae.

The people are enraged by the massive land speculation scandal involving employees at Korea Land and Housing Corp. (LH), the president pointed out.

It was revealed last week that more than a dozen staffers at the state housing agency had bought about 10 billion won (US$8.88 million) worth of farmland in Gwangmyeong and Siheung in Gyeonggi Province well before the land ministry's announcement last month on a project to build a new city with about 70,000 apartment units there. 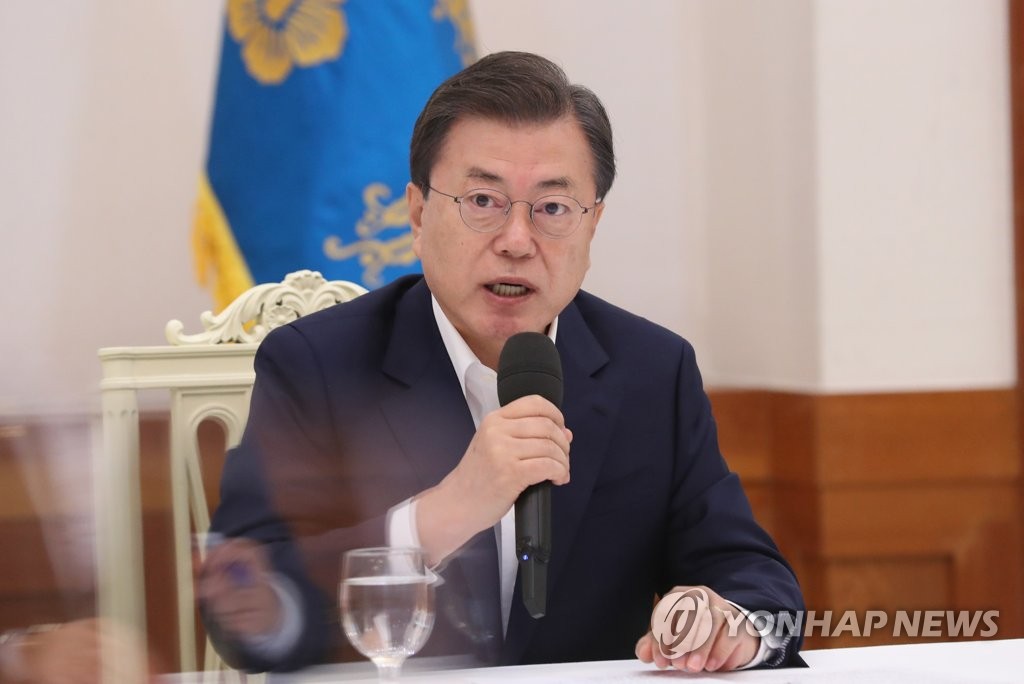 He urged efforts for a "fundamental" resolution to the apparent structural problem and requested that the National Assembly pay attention to systemic ways to stave off any illicit speculation by civil servants, enhance transparency in real estate transactions and even to prevent "conflicts of interest."

The LH scandal may offer a chance for South Korea to move further toward a fairer and more transparent society just as the strict anti-graft law, known as the "Kim Young-ran act," has done, Moon added.

He also asked the DP to accelerate the push for a supplementary budget to be allocated for a fourth batch of emergency cash handouts to those who are suffering economic difficulties due to the COVID-19 pandemic.

Moon expressed hope that the government will be able to start paying the relief money within this month.