To help achieve the goal, Hyundai launched the second generation of Mistra (or Mingtu in Chinese), a compact car exclusively developed for the Chinese market, earlier this month and plans to introduce the electrified Mistra compact and the Nexo hydrogen fuel cell electric car within this year, he said.

Hyundai said it also is considering launching the IONIQ 5, its first all-electric model embedded with its own EV-only electric-global modular platform (E-GMP), in China this year. 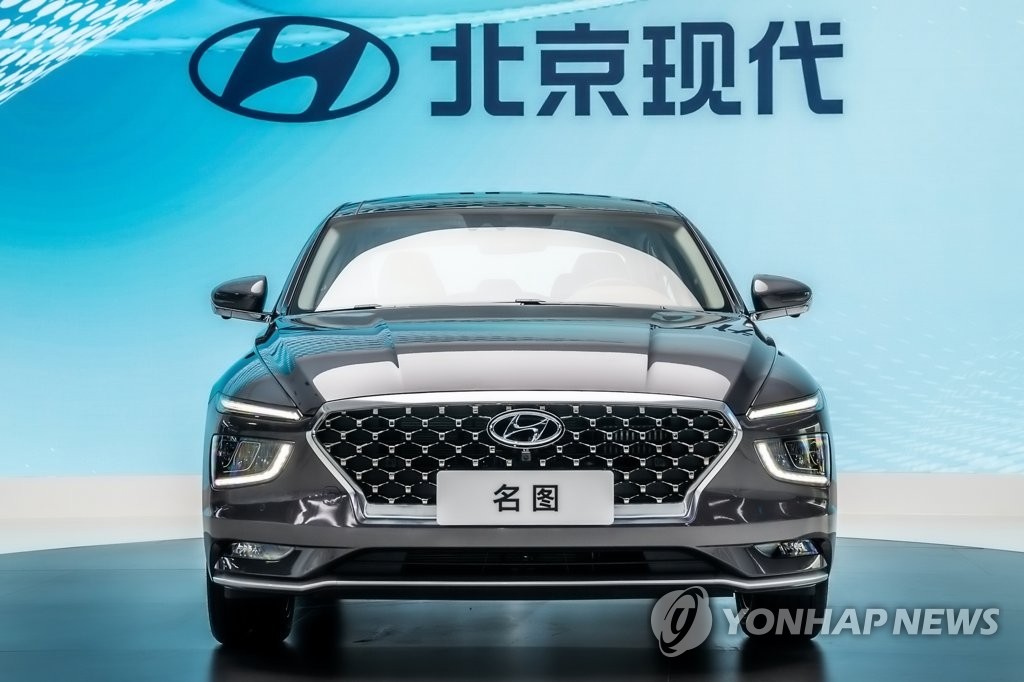 Kia plans to launch the all-new Carnival minivan in China later this year to absorb growing demand for recreational vehicles.

The two South Korean carmakers suffered a 27 percent on-year decline in China sales in 2020 due to a lingering impact of a diplomatic dispute between Seoul and Beijing over the deployment of a U.S. anti-missile system called THAAD in Korea in 2017.

They have reorganized its Chinese operations since 2019 after reporting years of weak sales in the world's biggest automobile market.

In 2019, Hyundai suspended the No. 1 Beijing plant and stopped production of low-end compact models to enhance profitability. Kia also shut down the No. 1 Yancheng plant in the same year due to lower local demand for its models. The two plants have yet to resume production.

Kia has eight domestic plants in Korea and seven overseas ones -- three in China and one each in the United States, Slovakia, Mexico and India. Their overall capacity is 3.84 million units.

The maker of the Sonata sedan and the Palisade SUV plans to build its first overseas hydrogen fuel-cell systems plant in China by next year to make inroads into the local hydrogen vehicle market.

It aims to initially produce 6,500 units of hydrogen fuel cell systems a year in the HTWO Gwangzhou plant, which is wholly owned by Hyundai Motor Group.