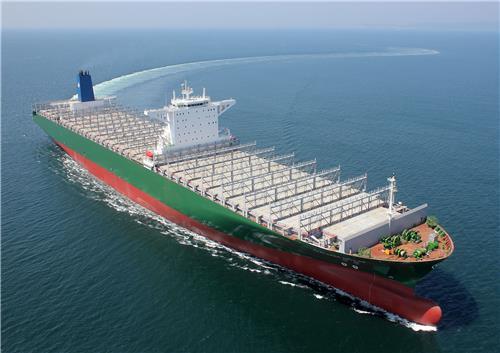 Last month, a total of 17 container carriers were ordered in the global shipbuilding market, with new orders of container carriers rising nearly thirteenfold to 1.5 million CGTs or 25 ships from 110,000 CGTs or two ships a year ago.

The new orders for the two months were up 83 percent to 4.82 million CGTs, compared with 2.63 million CGTs a year ago.

Global order backlogs slightly rose by 780,000 CGTs, or 1 percent, to 71.06 million CGTs in February from January.

S. Korean shipbuilders take up more than half of new orders in Feb.

S. Korean shipbuilders take up more than half of new orders in Feb.