SEOUL, March 10 (Yonhap) -- Hwang Kyo-ahn, a former leader of the main opposition party who has been out of the public eye since an election defeat last year, said Wednesday he will rise up against what he calls the Moon Jae-in government's "tyranny," practically declaring his return to politics.

"I will be the first to rise up, however meager (my capacity is). I will muster my courage ... to go 'among the people' again to share their indignation against the Moon administration and safeguard the spark of hope," Hwang wrote on his Facebook page.

Hwang cited the ballooning land speculation scandal involving public officials as the background of his pledge of action, accusing the Moon administration of "mutilating" the spirit of the Constitution and common sense.

He also took issue with the ruling bloc's recent passage of a series of legislative bills taking advantage of its majority status in the parliament, as well as the reform of powerful investigative institutions, such as the state prosecution service.

Hwang has largely stayed out of the public eye since the crushing defeat of the United Future Party, now renamed the People Power Party, in the last parliamentary elections in April 2020.

The Democratic Party (DP) and its satellite party together won nearly 180 of the total 300 seats at the National Assembly. Holding himself responsible, Hwang stepped down as the then leader of the United Future Party. He also lost to former DP leader Rep. Lee Nak-yon in the symbolic constituency of Jongro in central Seoul by a wide margin in the 2020 election.

Hwang served as a prime minister from 2015-2017 under former President Park Geun-hye, doubling as acting president from late 2016 to early 2017, while Park was being impeached.

"Now, I start alone, lonely, but I hope that my sincerity will resonate with the public so that together we can kick out the wolves," he said.

Hwang also added that the upcoming Seoul and Busan mayoral by-elections should serve as the "last chance" to pass judgment on the Moon administration.

"If (voters) fail to do so, the tyranny of this administration will continue into next year," he said. 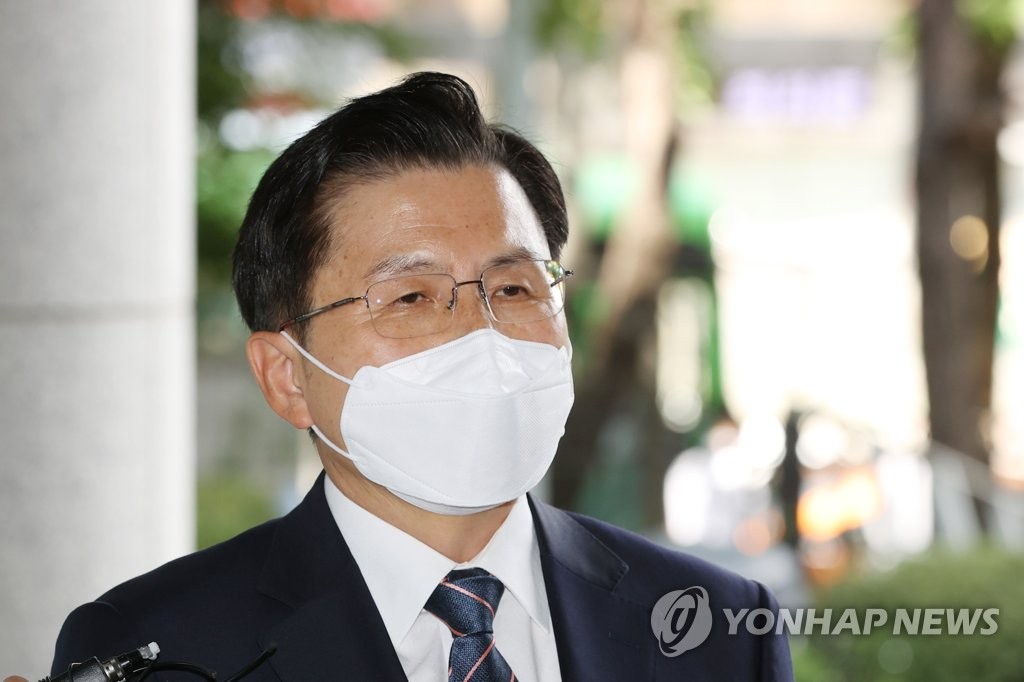