SEOUL, March 10 (Yonhap) -- Stepping into his interim role as the acting chairman of the ruling Democratic Party (DP), Rep. Kim Tae-nyeon pledged Wednesday to lead the party with an acute sense of urgency.

"I will be serving in the (new) party seat with the acute determination to spend the two months as if they are two years," Kim said during a meeting of the top party council, which he presided over for the first time as the acting DP chairman.

"With about a month to go before the April 7 by-elections (for Seoul and Busan mayors), the DP is now at a gravely important juncture, which will determine the future of the party," Kim stressed.

Starting Wednesday, Kim, the floor leader of the DP, will be doubling as the party's acting chairman for about two months to fill in for Rep. Lee Nak-yon, who stepped down as the party chairman a day earlier, in his bid to run in the upcoming presidential election in March 2022.

Kim's interim leadership is expected to last for about two months till sometime before May 9, by which the DP is required to pick a new party chairperson in a party congress to replace the predecessor who has resigned, under the party's internal constitution.

Until the upcoming congress, the party's top executives, including the secretary general, the policy committee chairman and spokespeople, are expected to continue with their current positions.

Under the party regulations, such executives appointed by a former party chairperson who has resigned are supposed to follow suit and step down, but the party plans to pass an alternative option during a meeting of its top council to keep them in office till the upcoming party congress.

During the top party council meeting earlier in the day, Kim pledged efforts to secure victories in the Seoul and Busan mayoral by-elections.

He also vowed to set up a parliamentary task force to address the ballooning land speculation scandal involving public officials and prevent similar irregularities by civil servants in the future. 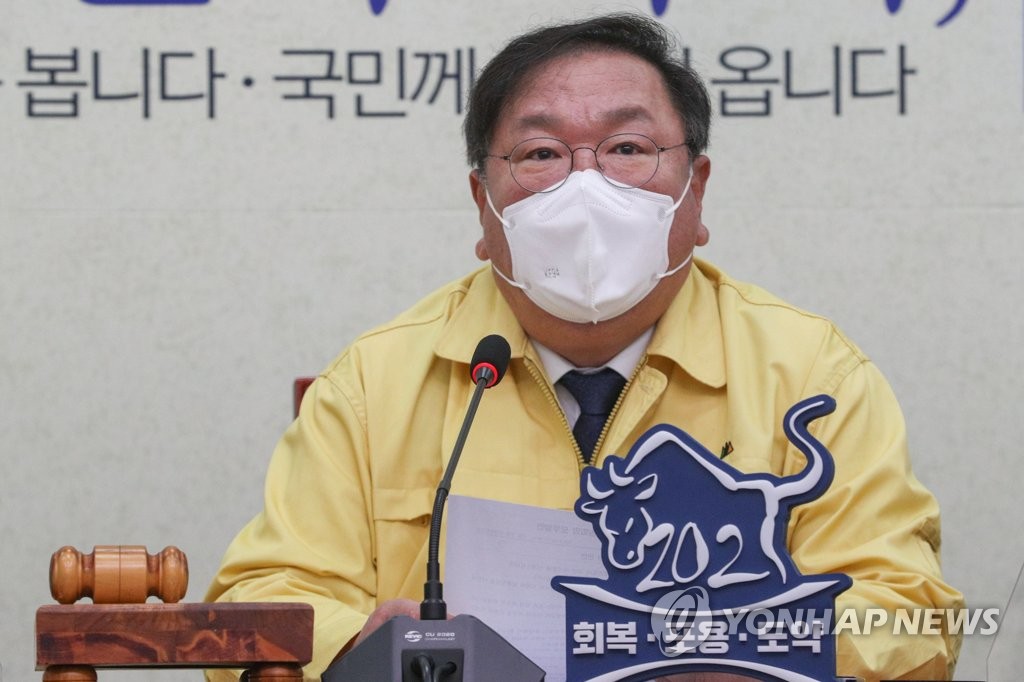