SEOUL, March 10 (Yonhap) -- South Korea and the United States' recent agreement on a new defense cost-sharing deal reflects the two countries' commitment to strengthening their alliance and a desire to focus on issues like North Korea, a U.S. diplomat said Wednesday.

Marc Knapper, deputy assistant secretary of state for Korea and Japan, made the remark in a webinar days after Seoul and Washington reached a six-year deal, called the Special Measures Agreement (SMA), on how to share the cost for stationing the 28,500-strong U.S. Forces Korea.

The administration of U.S. President Joe Biden has been reviewing its policy on North Korea in close consultation with its allies like South Korea to determine how to tackle the North's nuclear quandary.

Knapper said the U.S. has been consulting with South Korea and Japan to hear "the opinions of our closest allies who have the deepest and most important stake in this critical issue."

"We've had intense conversations with our South Korean counterparts to gauge their views, to hear their opinions and learn sort of what the Korean government would like to see in terms of our North Korea policy," he said. "The review is underway and hopefully it'll be wrapped up in the not too distant future."

Ko Yun-ju, the foreign ministry's director-general for North American affairs, expressed hope that diplomatic opportunities will arise with Washington's new commitment to the alliance, noting that the new defense cost-sharing deal was reached only 46 days after the launch of the Biden administration.

"Based on this invigorating atmosphere, we will be able to make visible progress on the issues of the Korea peace process and South Korea-Japan relations as well by strengthening a cooperative network," Ko said.

Amid talk of Seoul's possible participation in a U.S.-led regional forum, Quad, Knapper said it is not an "exclusive" or an "insular" organization but is for "like-minded countries" to get together and focus on concrete collaboration.

Washington has been seeking to expand the forum, which currently involves Japan, Australia and India, to include at least three more countries -- South Korea, Vietnam and New Zealand -- in an apparent move to keep a rising China in check.

"I know it's attracting a lot of attention in Korea -- this idea of a Quad Plus," the U.S. diplomat said. "I think it's too early to say sort of where it's going to go from here. I certainly don't want to exclude or sort of foreclose the possibility of it going in one or another direction, but absolutely it's geared towards promoting cooperation and promoting collaboration across a variety of shared challenges in the region."

South Korea has maintained that it has not been invited by the forum and that it is willing to join any form of regional cooperation initiative as long as it is "transparent, open, inclusive and in line with international norms." 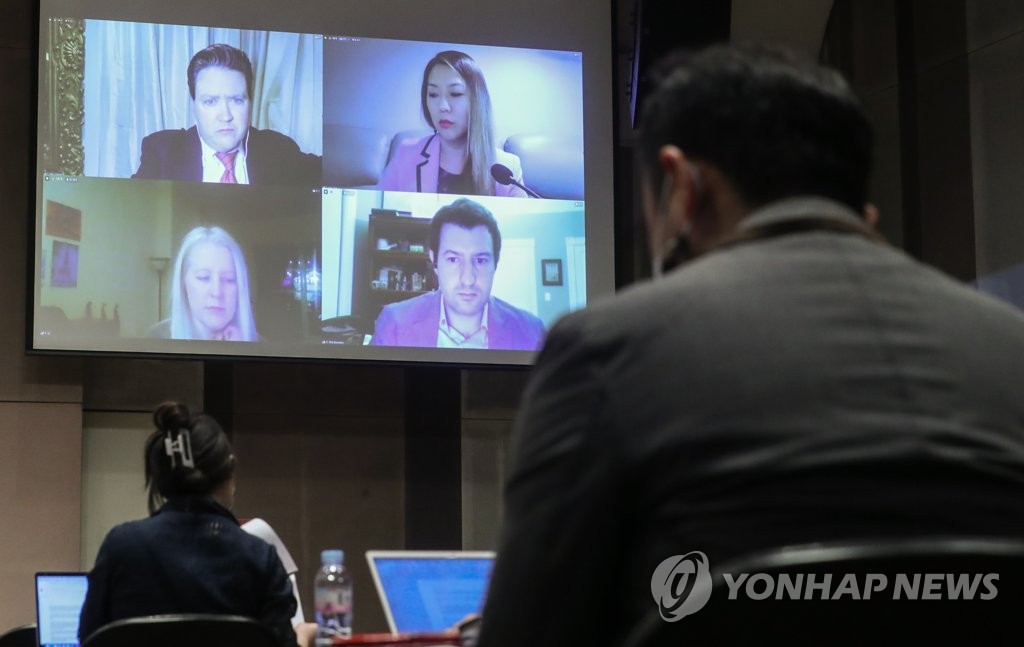