For one K-pop girl group, this happened in an unexpected yet dramatic way. Brave Girls, a once-forgotten name in the competitive industry where so many acts come and go quickly, saw its 2017 song "Rollin'" soar to No. 1 on domestic music streaming charts -- four years after its release.

The ascent was driven by the song's popularity on the so-called Millboard chart, a portmanteau of military and Billboard that refers to popular songs among the country's huge population of conscripted soldiers, and a YouTube channel that highlighted this popularity.

In contrast to the fandom the four-piece act has established among its soldier fans, even getting the nickname "president of the soldiers," the group and the 2017 track with a tropical house flair remained outside of the spotlight in the civilian world. 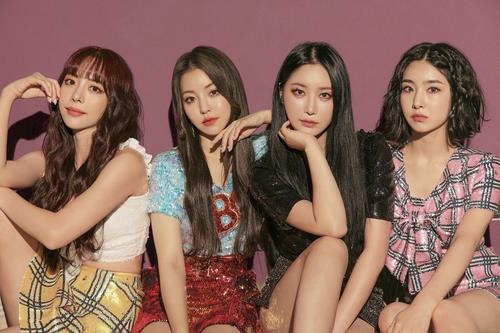 However, things changed when a three-minute clip, showing the girl group performing at various concerts for the Army, the Marine Corps and even the Air Force, with reaction comments rolling across the subtitles, was uploaded on the YouTube channel Viditor in late February.

"Look how well soldiers taught this song to their juniors. This video was filmed in 2019 and they can still sing in unison," reads one comment, while another reads, "This song made me survive through my military service."

By law, all able-bodied South Korean men must carry out military service for about two years.

Some even joke how the song will contribute to peace between the two Koreas: "North Korean soldiers would dance to this song too" and "The Koreas will be reunited LOL." 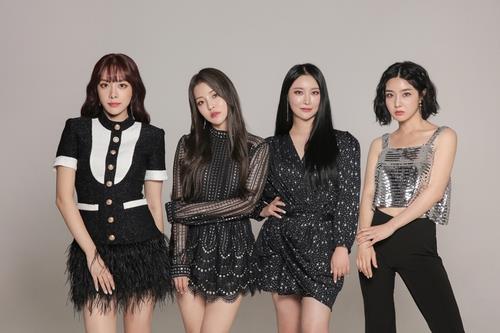 The song's newfound popularity has not been limited to YouTube. "Rollin'" -- which re-entered music streaming charts in late February -- has gone on to become the most-streamed song on streaming services Bugs and Genie Music. On Melon, the country's biggest streaming platform, it sits just after singer-songwriter IU's "Celebrity" released in January.

Thanks to the fame that came after four years, the four-piece group is now getting ready to appear on music and variety TV shows, according to its management agency Brave Entertainment. The act's 2020 song "We Ride" has also gotten 1 million YouTube views as people searched for their other songs. 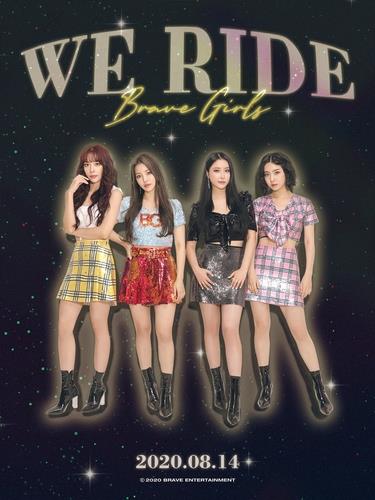 Brave Girls, which has gone through ups and downs such as seeing a member leave in 2018, is in awe at how quickly and dramatically things have changed in a few days.

The members -- Minyoung, Yujeong, Eunji and Yuna -- have left comments on the YouTube video, thanking fans for their support.

"We weren't able to perform as much due to the pandemic, thank you so much for the video," said Minyoung. "We were all worn out with a change in group members and a hiatus, but all of us were energized."

Yujeong voiced how much the support has meant for the group members who have fought not to give up on their musical careers.

"It still feels weird if the attention is (for) us. When we made our comeback last year, one of the most memorable comments was 'Don't give up, thank you.' It's really flattering that so many people are still rooting for us."

Brave Girls is not the only K-pop girl group that saw its trajectory change by going viral. In 2014, girl group EXID, which was in its third year since its debut without much success, saw the song "Up Down" go viral thanks to a fan video of one of their performances.

The group, which had wrapped up all activities related to the song, began appearing on TV music shows and went on to achieve the first No. 1 song of its career the following year.

How girl group Brave Girls' 2017 song went viral in 2021 thanks to 'Millboard,' YouTube

How girl group Brave Girls' 2017 song went viral in 2021 thanks to 'Millboard,' YouTube