SEOUL, March 10 (Yonhap) -- A second batch of AstraZeneca's COVID-19 vaccines for around 3.5 million people will arrive South Korea in late May, an official said Wednesday, as the country is ramping up a nationwide inoculation drive.

The second shipment of 7 million doses of vaccines developed by British-Swedish pharmaceutical giant AstraZeneca and Oxford University is part of the deal for 10 million people.

The first batch of AstraZeneca vaccines for 785,000 people arrived here last month and were administered to health care workers and patients aged under 65 at long-term care facilities. 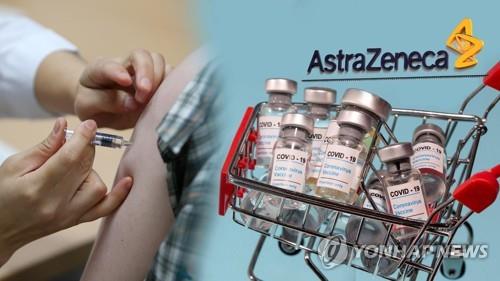 Health authorities said they will inform the public of details on the schedule for arrivals of future batches and inoculation plans for the second batch on Thursday.

They will also announce whether to approve the use of AstraZeneca's COVID-19 vaccine for people aged 65 and older following the publication of new overseas studies showing its effectiveness.

An independent panel under the health ministry earlier recommended that the AstraZeneca vaccine be allowed for older people, following in the footsteps of several European countries that reversed decisions on the two-dose regimen.

The panel's recommendation to lift the age limit was based on data released in England and Scotland that revealed the vaccine's effectiveness in preventing infection and reducing hospitalizations among elderly people.