SEOUL/WASHINGTON, March 11 (Yonhap) -- North Korea continues to pose a serious threat to the United States and its ally South Korea as Pyongyang pursues a nuclear arsenal and other weapons of mass destruction, the commander of U.S. Forces Korea (USFK) has said.

"There have been no intercontinental ballistic missile (ICBM) or nuclear tests since 2017, all to say that the chance of miscalculation or mistake continues to be low, and armistice conditions continue to remain steady," the USFK commander told the House Armed Services Committee in a statement submitted prior to a hearing on the U.S. defense posture in the Indo-Pacific region.

"However, the threat from North Korea persists," the Army general said. 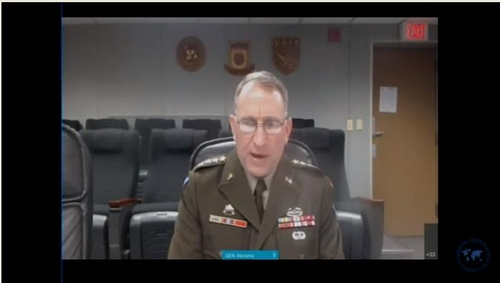 The assessment was reiterated by David Helvey, acting assistant secretary of defense for Indo-Pacific affairs.

"North Korea's continued pursuit of weapons of mass destruction and ballistic missile programs constitutes an extraordinary threat to the United States and our allies and partners in the region," he told the lawmakers.

North Korea has maintained a moratorium on nuclear and long-range missile testing since November 2017, but leader Kim Jong-un has said he no longer feels bound by the self-imposed restrictions.

Abrams said the North has continued to develop its nuclear and long-range missile capabilities despite the moratorium on testing.

"We have seen no indication to suggest the North Korean regime has taken any action toward denuclearization. North Korea also continues to exhibit the potential for new capabilities, most recently during the military parade in recognition of the 8th Party Congress in January 2021," he said.

Abrams, however, noted that what was showcased might not reflect the regime's actual capabilities.

"There remains a significant gap, however, between asserting North Korea possesses the 'most powerful weapon' and certifying they possess not only the actual weapons but also a platform capable of successfully delivering it," he wrote.

Abrams said the Combined Forces Command of South Korea and the United States remains fully ready to counter any aggression from North Korea.

"CFC, the operational warfighting command of the U.S.-ROK alliance, is fully capable of responding to a crisis and defeating any adversary that threatens the ROK," he said, referring to South Korea by its official name, the Republic of Korea.

The commander also said that the Missile Defense Agency is building "three specific" anti-missile capabilities and one of them is already deployed in South Korea.

"The other two will come on board this year. That will significantly enhance our ballistic missile defense," Abrams said.

He did not specify what they are, but the system already in place could mean the U.S.' Terminal High Altitude Area Defense (THAAD) system, which was installed in the country's central town of Seongju in 2017.

The U.S. has sought to upgrade its THAAD batteries around the world, including one in South Korea, in a way to add an advanced radar and integrate the system with Patriot missiles.

"Any missile defense issue related to the Korean Peninsula theater is supposed to be decided after full consultations between the two countries. We will check what the three capabilities refer to," Seoul's defense ministry spokesperson Boo Seung-chan said at a regular briefing Thursday.

Abrams also noted the allies had adjusted their joint training exercises over the past few years to provide room for diplomacy toward the denuclearization of North Korea.

"These modifications have not stopped our training, with USFK and its component commands executing 86 percent of our total planned training events over the last two calendar years," Abrams said .

Wednesday's hearing, the first of its kind since President Joe Biden took office on Jan. 20, was also attended by Adm. Phil Davidson, commander of the U.S. Indo-Pacific Command. It comes amid an ongoing global defense posture review by the Department of Defense. 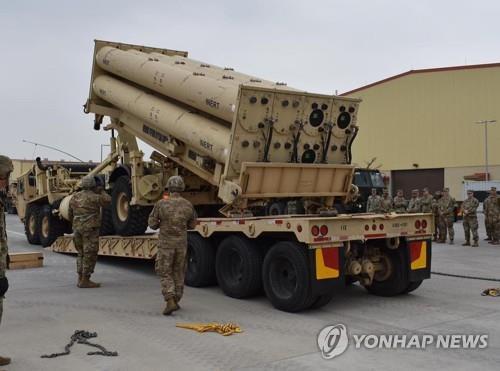