The top court approved lower courts' sentences of two years in prison and forfeiture of 37 million (US$32,600) for Ahn Joon-young, the producer of the audition program "Produce," and 20 months in prison for chief producer Kim Yong-beom.

The Seoul Central District Court and the Seoul High Court handed out the same punishments to Ahn and Kim in May and November last year, respectively.

The two were convicted of manipulating the vote outcome of the "Produce" series, which went on air from 2016 to 2019, to put certain contenders in favorable positions to debut as members of an idol group. The series allowed television viewers to vote via text messages for a contestant they supported.

They were also found guilty of taking bribes from talent agencies that fielded candidates for the show.

Following the top court's ruling, Mnet said it will soon hold a personnel committee meeting to discuss disciplinary measures against Kim and Ahn.

A group of Produce series viewers issued a statement welcoming the Supreme Court ruling and urging Mnet to disclose specific damage recovery plans for audition participants and viewers who participated in the votes.

Earlier, CJ ENM, which runs Mnet, donated 30 billion won of the cable channel's earnings to a music industry revitalization fund and promised to do its best to compensate audition and vote participants for their damage. 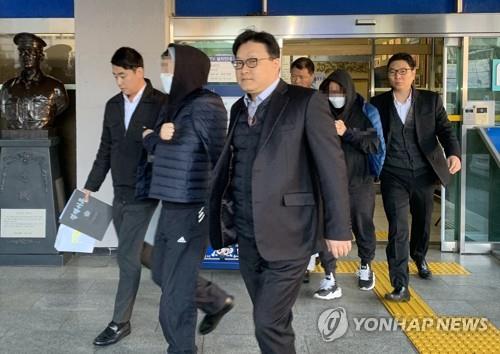