SEOUL, March 11 (Yonhap) -- The Supreme Court on Thursday ordered a retrial of a former intelligence chief imprisoned for political meddling, embezzlement and bribery, calling for more rigorous judgment on separate abuse of power charges which he was cleared of last year by an appeals court.

Won Sei-hoon, who headed the National Intelligence Service (NIS) from 2009-2013 under then President Lee Myung-bak, is serving prison terms for multiple charges, including masterminding smear campaigns against liberal politicians and siphoning off agency funds to bribe Lee and support rightist groups. 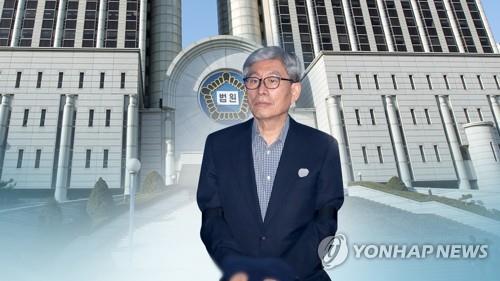 The Supreme Court overturned part of an appellate court ruling, which in August upheld his seven-year jail term but found he did not abuse his power when he ordered NIS agents to shadow the wife of then President Roh Moo-hyun and then Seoul Mayor Park Won-soon during their overseas trips.

The Supreme Court returned the case to the Seoul High Court, saying that a power abuse case involving the NIS should be dealt with more sternly, considering its special legal status and power.

Separately, the top court sentenced the former NIS director to four years in prison in 2018 for ordering NIS agents to post online comments to influence public opinion in favor of the Lee administration and then conservative candidate Park Geun-hye during the 2012 presidential election. Park narrowly beat her rival Moon Jae-in to succeed Lee.

After Moon was elected president in 2017 following Park's ouster over corruption and abuse of power, the prosecution reinvestigated the NIS' past wrongdoings, and Won was indicted on nine occasions from December 2017 to December 2018.