The density of ultrafine dust, called PM 2.5, reached the "very bad" level, or the worst in the four-tier measurement system, in the greater Seoul area and the central province of South Chungcheong, according to the state-run National Institute of Environmental Research. 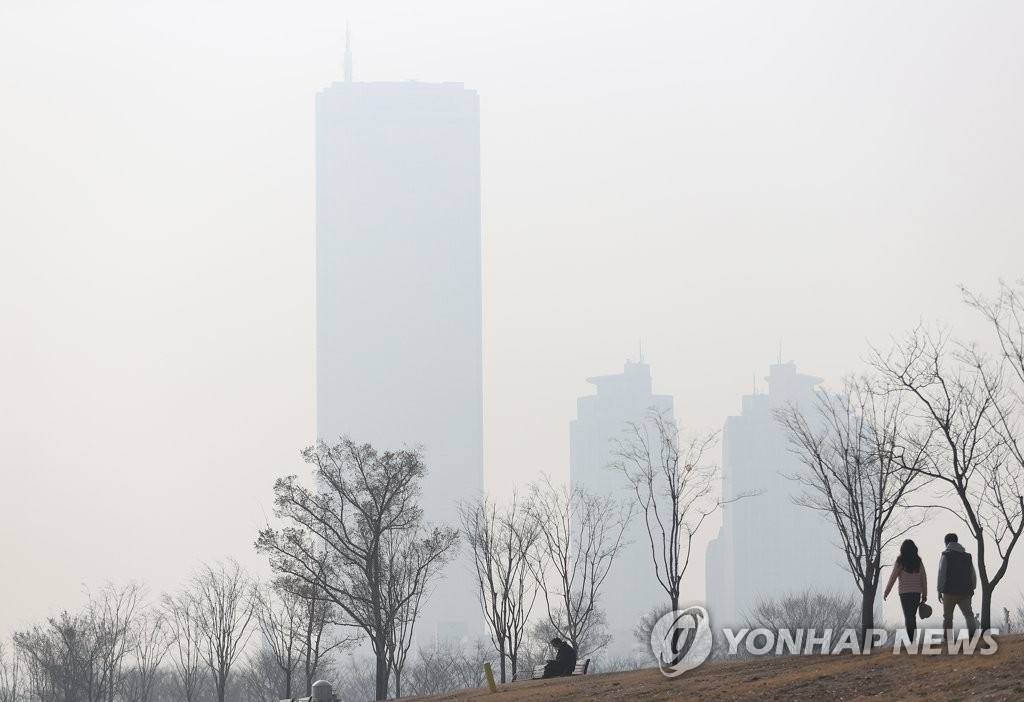 The level of particulate matters smaller than 2.5 micrometers in diameter remained "bad" in some parts of the northeastern province of Gangwon and other central regions, including North Chungcheong and North Jeolla. The reading elsewhere was "average," or the second-best level.

"Most of the western regions and central inland areas have high concentrations as domestically generated fine dust accumulated due to stagnant air," the institute said.

The density level is forecast to remain high in those regions until next Monday as the inflow of dust particles from overseas will combine to aggravate the conditions, it added. 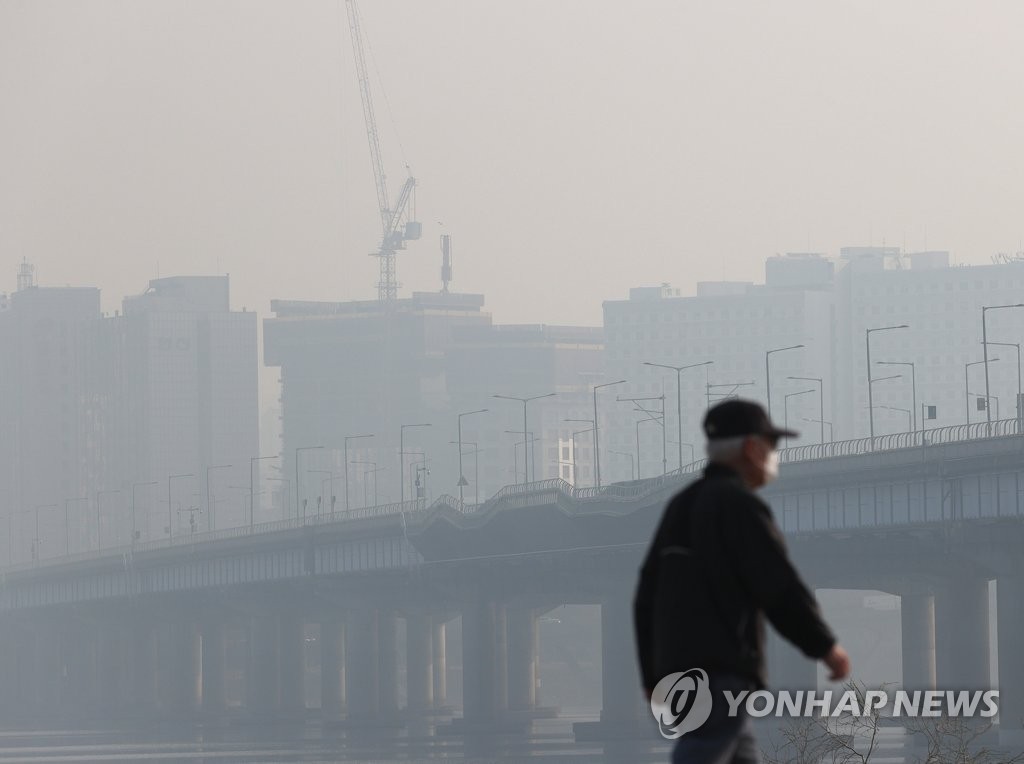