WASHINGTON, March 11 (Yonhap) -- South Korean e-commerce giant Coupang Inc. made its debut on the New York Stock Exchange on Thursday with its shares at an initial public offering price of US$35 each.

The IPO price is higher than an earlier proposed range of $32 to $34.

With 130 million shares offered, the initial price is expected to raise $4.6 billion and put the company's value at around $60 billion, making it one of the most valuable startups in the U.S.

"The industry and creativity that Koreans have created the 'Miracle of the Han River.' And we are just so excited to be just a small part of that incredible story," Coupang founder and CEO Kim Bom-suk said in an interview with CNBC, referring to the major river in Seoul.

Noting Coupang's debut marks the largest IPO by a foreign company since China's Alibaba in 2014, Kim said it added another "testament to the Korean story."

According to its registration form filed with the U.S. Securities and Exchange Commission, Coupang seeks to build additional logistic centers, expand employment and venture into new business sectors with the proceeds from the sale of its shares in the U.S.

The company already has about 70 percent of South Korea's population within a 11-kilometer radius of its distribution centers, but additional facilities are needed in rural areas to strengthen its signature ultra-fast delivery service, it said.

"I think we've been fortunate to be working with all my colleagues and investors who have been aligned and unwavering on the long-term strategy. We are here because we kept our eyes on that long-term strategy to build real value for our customers and shareholders," Kim said in the interview.

"So I think we will continue to remain focused. This IPO now gives us resources to remain steadfast on that journey."

The company earlier said the IPO process will be legally completed by Monday. 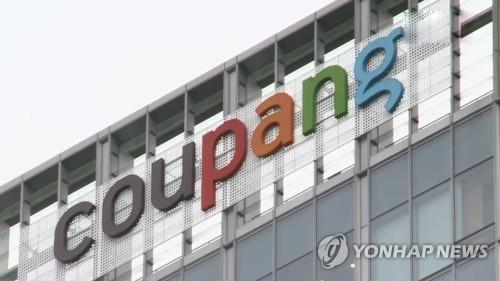