SEOUL, March 12 (Yonhap) -- South Korea will extend its current social distancing measures for another two weeks, the prime minister said Friday, as sporadic COVID-19 cluster infections continue to pop up across the country.

"The government will extend the current distancing levels, which end March 14, for another two weeks," Prime Minister Chung Sye-kyun said during a regular COVID-19 response meeting in Seoul.

The greater Seoul area, home to around half of the nation's 52-million population, will remain under Level 2 distancing and the rest of the country will be subject to Level 1.5 distancing for an additional two weeks starting next week. 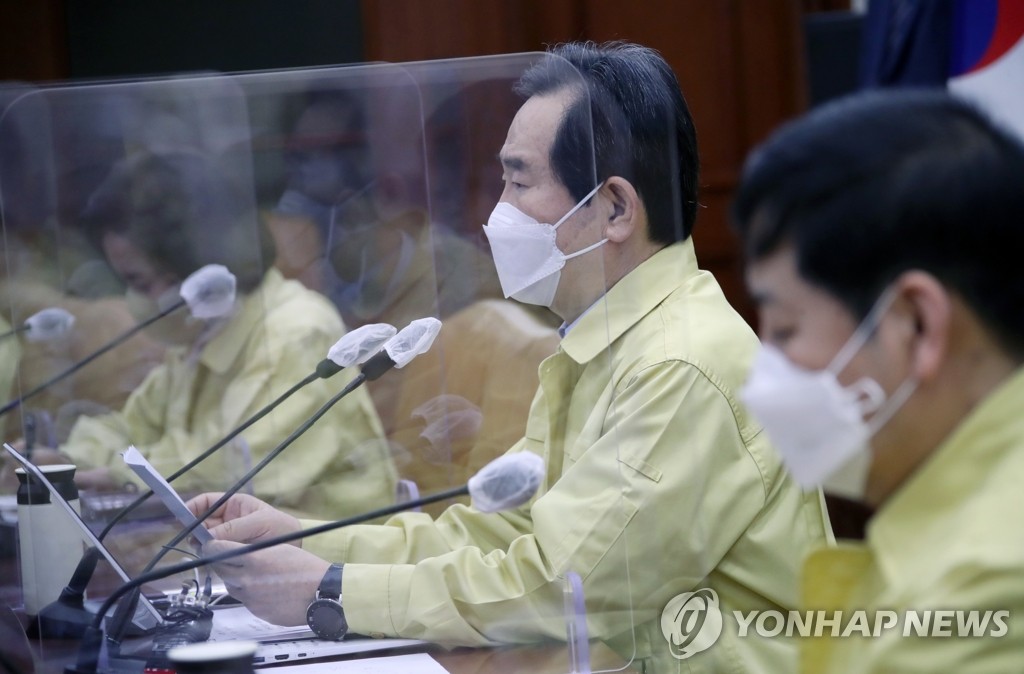 Bans on gatherings of five or more people and restrictions on small businesses, such as restaurants and cafes, will also remain in place for another two weeks, Chung said.

"As the number of new daily patients has remained in the 300 to 400 range for the eighth consecutive week, (the fight against the pandemic) remains stubbornly stagnant," Chung noted.

In extending the distancing measures, Chung asked for the public's understanding, stressing that the pandemic situation could reenter into a phase of another mass wave unless the government succeeds in bringing down the curve of new patients.

Chung also announced that authorities have designated a special, two-week period to focus on checking antivirus compliance measures at widely-used facilities, such as restaurants and cafes, and factories and workplaces that are concentrated with migrant workers from overseas. 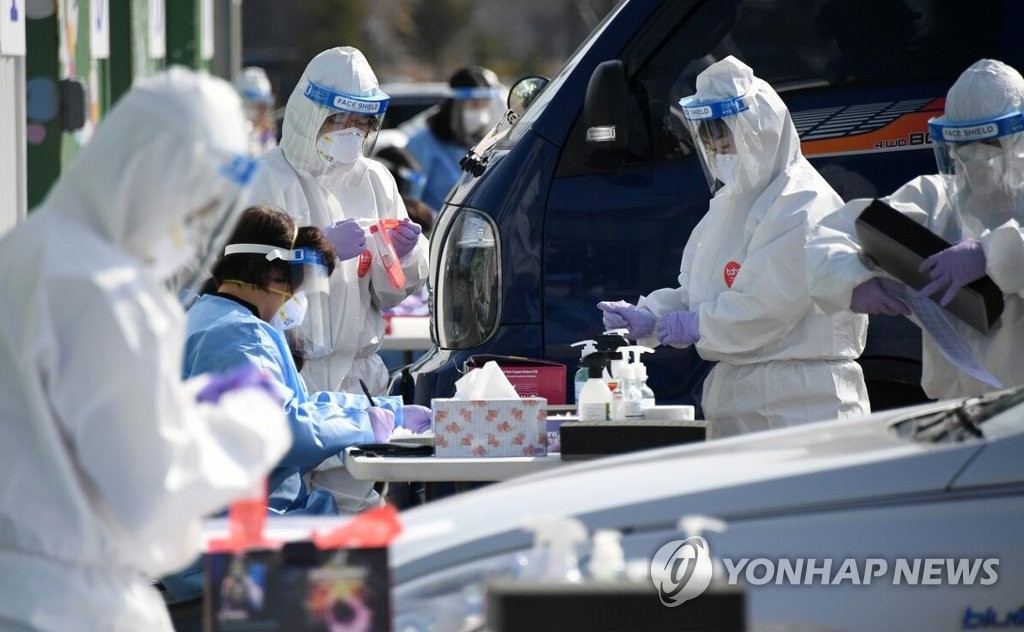