The Seoul Metropolitan Police Agency has recently busted a drug trafficking operation that brought in 6.3 kilograms of methamphetamine from March to November last year, according to officials.

The narcotics have an estimated street value of 21 billion won (US$18.6 million) and are enough to be used by 210,000 people, the agency said. 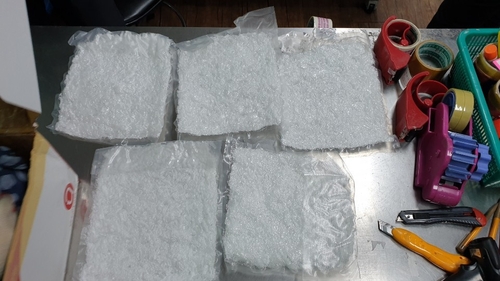 The authorities seized 4.3 kg of their methamphetamine at Incheon International Airport, west of Seoul.

Police arrested four people involved in the scheme and booked eight others without detention. They will seek the repatriation of another suspect who has fled to Southeast Asia.

Four people who purchased the drugs from them were also arrested, and another four were booked on the same charges, they said.
(END)