Robert Gallucci, known for his role in negotiating a landmark 1994 nuclear agreement with Pyongyang, made the remarks in an online forum hosted by the unification ministry.

The ROK is the acronym of South Korea's official name, the Republic of Korea.

Gallucci's remarks come as South Korea and the U.S. kicked off their springtime combined military exercise Monday in a scaled-back manner that involves a "minimum level of troops" given the coronavirus situation. South Korea's military said it will not conduct outdoor drills.

North Korea has long denounced such joint drills as a rehearsal for invasion. At a rare party congress in January, the North demanded South Korea put an end to the exercises, calling them one of the fundamental issues that need to be addressed by the two Koreas.

Gallucci also stressed the importance of forging an agreement with the North from the beginning of the Joe Biden administration that both Washington and Pyongyang will exercise restraint and avoid provocations.

Alex Wong, former U.S. deputy assistant secretary of state for North Korea, advised the Biden policy team that pressure itself is "not sustainable or sufficient to achieve any progress on North Korea."

Wong noted that both pressure and an "openness to diplomacy" have to go hand in hand to make progress in the long term, pointing to an earlier remark by Secretary of State Antony Blinken during his confirmation hearing that his administration will begin by looking at what options it has to increase "pressure" on the North.

Nuclear talks between Washington and Pyongyang remain stalled after the 2019 summit in Hanoi between their leaders ended without a deal. The two sides were far apart over how far Pyongyang should denuclearize in order for Washington to offer concessions. 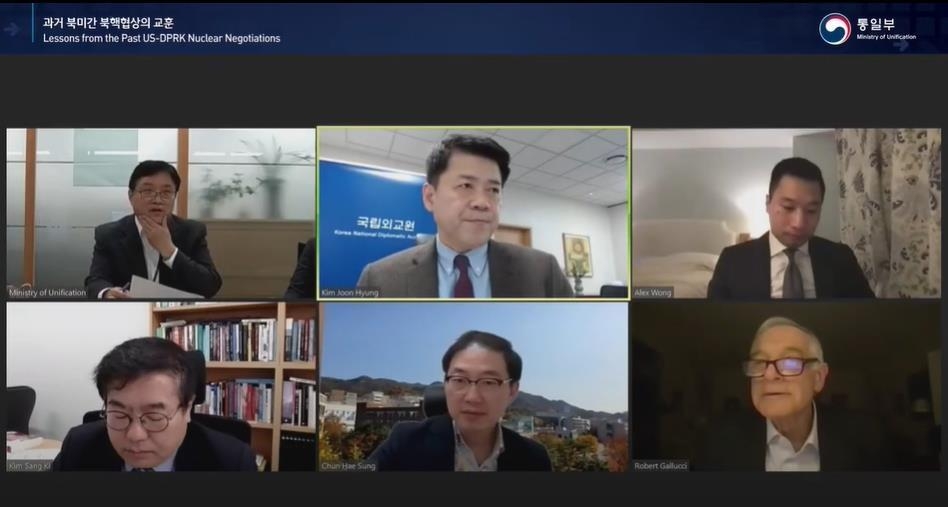