SEOUL, March 12 (Yonhap) -- South Korea has decided to restrict the export of military goods including tear gas to Myanmar, suspend bilateral defense exchanges and reconsider development assistance to the Southeast Asian nation amid its violent crackdown on citizens protesting a coup, the government said Friday.

The move follows Seoul's repeated calls for Myanmar to stop the use of violence against its people and to release State Counsellor Aung San Suu Kyi, who was seized by military authorities last month.

Under the latest decision, South Korea will not allow defense exports to Myanmar and tighten screenings on the outbound shipment of other strategic materials for industrial purposes.

South Korea-made military trucks were exported to the country in 2018, and there were also tear gas exports in 2014 and 2015, officials said. The last time South Korea exported military goods to Myanmar was in January 2019.

"As we take the value of human rights and democracy importantly, we have expressed our stance via statements multiple times and are now entering a phase of taking actual steps," a foreign ministry official said. 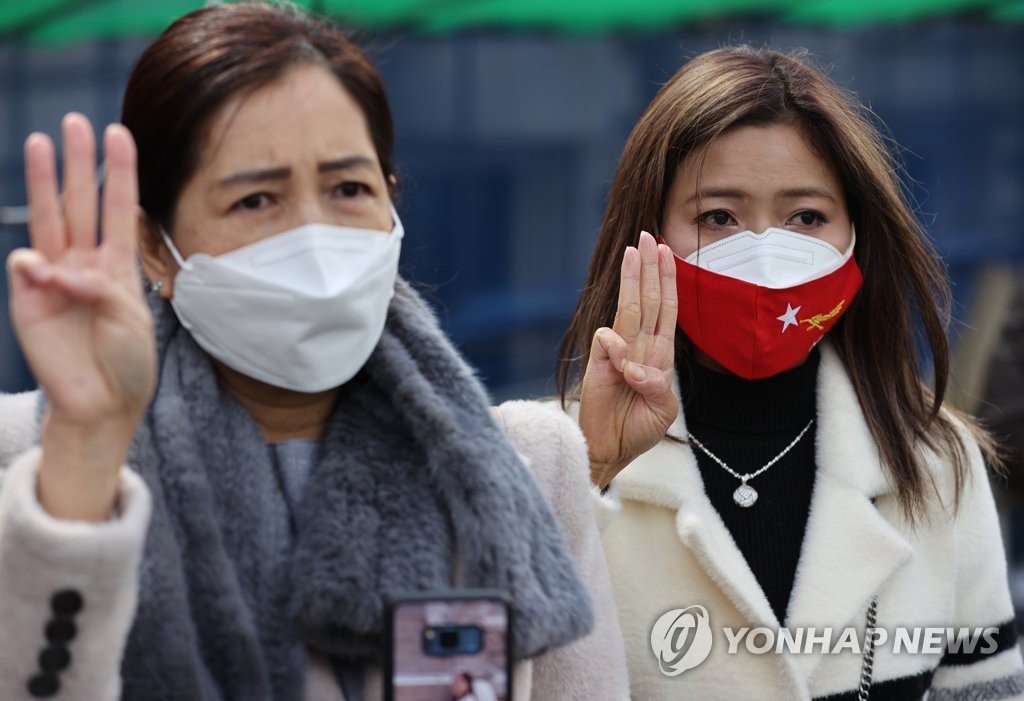 The defense ministry has been pushing to set up a regular consultative channel with Myanmar this year, but the plan will be put on hold. The ministry and the police will also suspend commissioned education training for Myanmarese military and police officers.

In 2019, South Korea provided a total of US$90 million worth of aid to Myanmar, officials said.

"The government has been closely following the situation in Myanmar in close consultation with ... our regional and international partners, and will continue efforts to contribute to the restoration of democracy in Myanmar," it said in a statement.

As part of a humanitarian measure, the government said it will allow Myanmarese in South Korea to extend their stays and refrain from ordering the deportation of those whose stay permits have expired until the situation in their home country stabilizes.