WASHINGTON, March 12 (Yonhap) -- U.S. President Joe Biden and his counterparts from Australia, India and Japan on Friday reaffirmed their commitment to the full denuclearization of North Korea.

The leaders also highlighted the need to immediately resolve the issue of Japanese citizens abducted by North Korea.

"We reaffirm our commitment to the complete denuclearization of North Korea in accordance with United Nations Security Council resolutions, and also confirm the necessity of immediate resolution of the issue of Japanese abductees," they said in a joint statement.

Biden was joined virtually by prime ministers Scott Morrison of Australia, Narendra Modi of India and Yoshihide Suga of Japan for the first summit of the countries that form a regional forum known as the Quad. 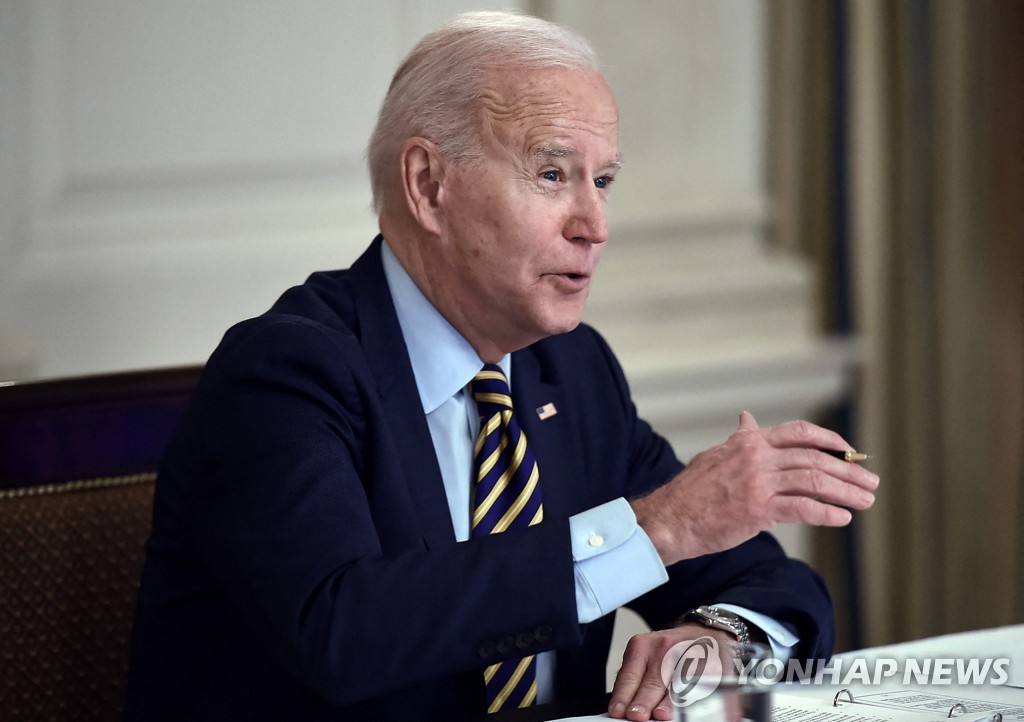 The Quad had largely been seen as an anti-China grouping under the former Trump administration, but the Biden administration says the forum will focus on many other regional and global issues as well, including climate change and the North Korean nuclear issue.

Pyongyang has stayed away from denuclearization negotiations since leader Kim Jong-un's second bilateral summit with Donald Trump ended without a deal in Hanoi in February 2019.

The new U.S. administration has yet to offer any direct message to the North amid its ongoing review of its policy and approach toward North Korea.

Biden has said he would be willing to meet with the North Korean leader if such a meeting could help move forward the North's denuclearization process.