SEOUL, March 14 (Yonhap) -- Prices of eggs in South Korea may jump by up to 68 percent in the March-May period this year, as the spreading avian influenza is expected to further exacerbate the supply shortage, a state-funded think tank said Sunday.

As of Friday, the consumer price for a 30-egg bundle averaged 7,633 won. The price is 24 percent lower than a month ago but 44.7 percent higher than the previous year. 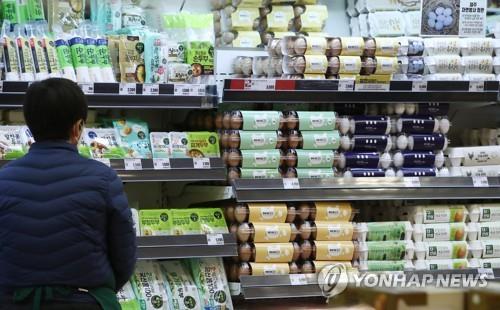 The KREI attributed the potential hike in egg prices to a steep fall in production, generated by the outbreak of avian influenza.

The think tank said the egg production is likely to normalize in June and September, and help stabilize the exuberant egg prices, provided that the bird disease subsides.

On Jan. 28, South Korea temporarily removed tariffs on imported egg products in an effort to ease a supply shortage.