SEOUL, March 15 (Yonhap) -- South Korea's tax agency said Monday that more than 2,400 delinquent taxpayers have stashed away 36.6 billion won (US$32.2 million) in bitcoin and other cryptocurrencies to hide their assets.

The National Tax Service (NTS) said it has cracked down on 2,416 taxpayers who have hid their income or inherited assets in virtual currencies to avoid taxation.

Some of them have paid overdue taxes as they could not liquidate their virtual assets due to the tax agency's seizure order, the NTS added.

Cryptocurrency transactions have been on a bull run since last year as more investors viewed virtual money as a relatively safe asset amid the new coronavirus outbreak.

Bitcoin topped 70 million won per unit for the first time in South Korea on Sunday, according to a local cryptocurrency exchange.

Starting next year, the country plans to impose a 20 percent tax on capital gains exceeding 2.5 million won from investment in cryptocurrencies.

The NTS said it hopes to effectively block an attempt by delinquent taxpayers to hide assets in virtual money as it will receive regular reports on investors' cryptocurrency holdings from related exchange operators from next year. 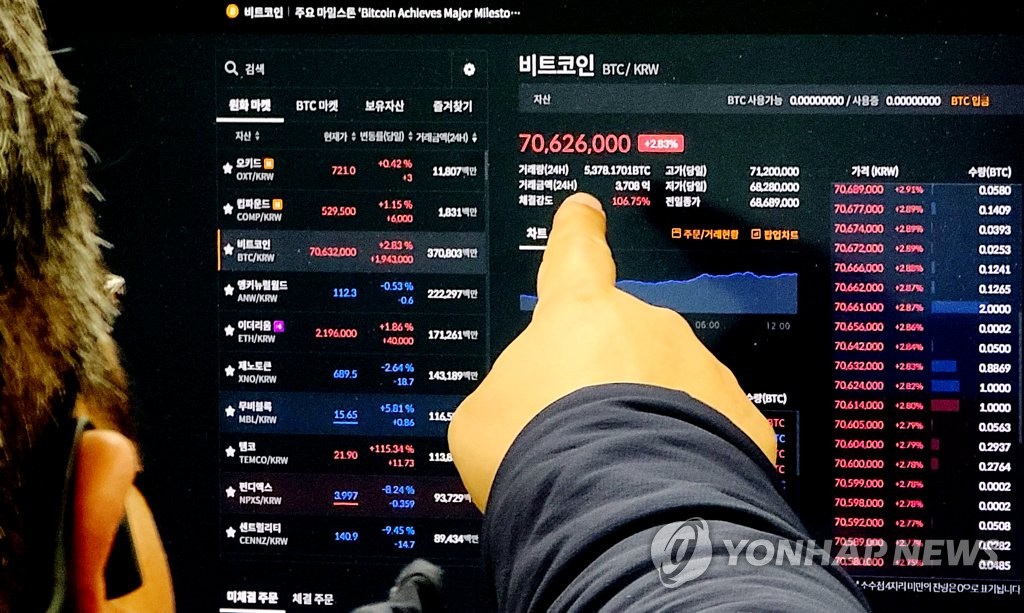