SEOUL, March 15 (Yonhap) -- The family of Byun Hee-soo, a transgender former soldier who was forcibly discharged from the Army last year, will press ahead with an administrative lawsuit she had filed against the Army before her death, an advocacy group said Monday.

Byun's attorneys and family decided on Wednesday to apply for succession of the suit to "fulfill her dream (of serving the country as a transgender soldier) by winning the legal battle at all costs," the group working for Byun's reinstatement and restoration of reputation said during a press conference held in central Seoul. 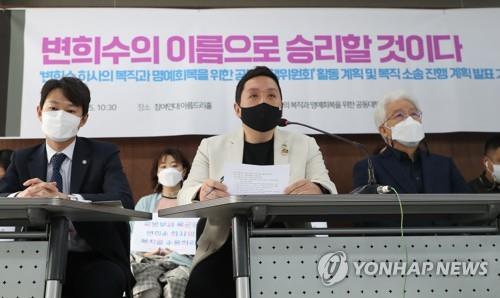 The former staff sergeant was discharged from the Army in January of last year, as her loss of male genitals was classified as a physical disability under military law. She underwent sex reassignment surgery while on leave in 2019, about two years after she voluntarily enlisted in the military.

The following month, she appealed the decision and asked the Army to allow her to keep serving in the military as a female soldier, but the appeal was rejected.

In August, she filed an administrative suit against the Army's decision with the Daejeon District Court, claiming that her dismissal was unconstitutional as South Korea's Constitution does not allow any type of discrimination, such as depriving public status due to "personal identity."

But Byun was found dead at her home in Cheongju, 150 kilometers south of Seoul earlier this month. The police said there were no signs of foul play, though they are still investigating the exact cause of her death.

The first court hearing for her reinstatement was set to take place next month.

The attorneys said they plan to cite the family's rights to claim Byun's unreceived wages from the Army as the legal ground for the application.

The court allows the bereaved to take over a suit on behalf of the deceased if they could gain economic benefits by law.

Byun's case drew extensive attention as she was the first known South Korean active-duty soldier to have sex reassignment surgery while in service. 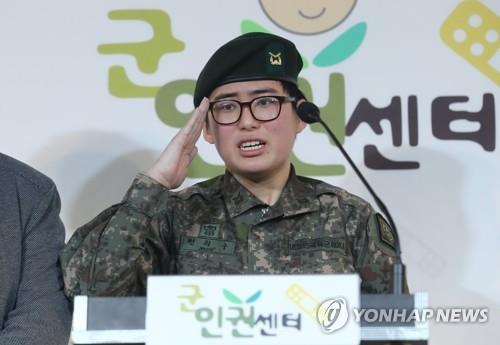